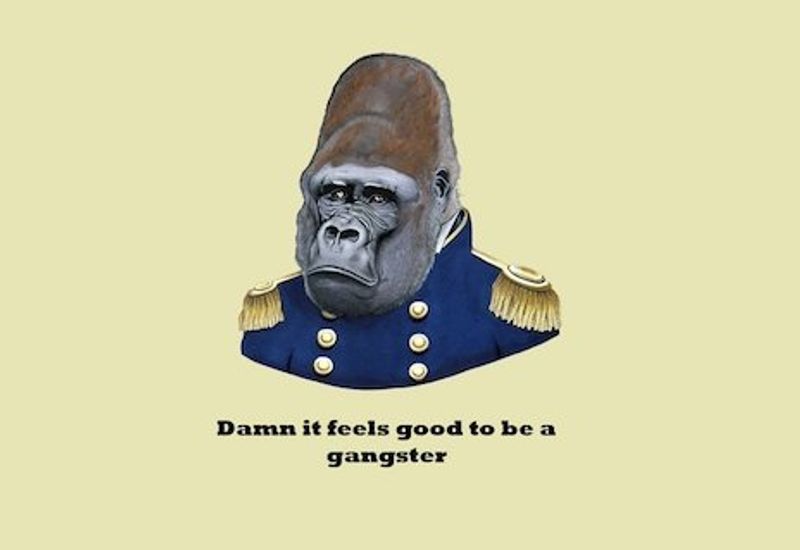 It's World Animal Day! And we've got 5 of the most badass stories to make you appreciate just how great animals are.

Humans are the least impressive of all the animals. Other animals, they have it all. Cuter, fluffier, smarter. If they’re not cute then they’re bound to have some amazing ability like flight or camouflage. Humans spend their lives trying to copy things other animals can naturally do. We’re just a bit naff really so it’s only right that animals are given their own day for us to celebrate the amazing things they’ve accomplished. So, let’s take a look at these amazing animals and their stories.

Now this one is hard for me to admit as an avid hater of pigeons and general phobic of all things winged. However, there’s simply no denying this pigeon is an absolute legend. During World War II a group of British soldiers were trapped behind enemy lines. Neither side knew where they were so the poor chaps were receiving fire from the goodies and the baddies. Cher Ami was basically a Game of Thrones raven only way cooler because she faced machine gun fire rather than the odd arrow.
This badass pigeon’s job was to carry the message across the battlefield telling the British people to please stop shooting at their mates because they were probably going to die soon. Not only did she make it all the way across the battlefield, but she also arrived blind in one eye with her leg blown off. Now I don’t know many human postmen that dedicated to delivering their letters. For her bravery, Cher Ami was awarded the Croix de Guerre, a French medal of valour and was introduced to the Racing Pigeon Hall of Fame. Now that’s a pretty badass pigeon.

Koko was a western lowland gorilla raised at The Gorilla Foundation’s reserve in California. She became famous for learning to communicate using sign language and was said to understand about 2000 spoken English words, which is more than I can after a night at Spoons. Amazingly, she adopted a kitten which she asked for as a Christmas present, calling it All Ball because… you know why not? When the kitten escaped and was run over, Koko’s trainer explained the death to her. Koko responded with various signs for sad, bad and frown, paving the way to Donald Trump’s tweeting style.
Koko is the subject of a number of documentaries and has met more celebrities than James Corden. Scoring around 80 on IQ tests, Koko tested about the same as a human toddler in terms of intelligence, making another Trump joke just too easy.

Back to World War II now with the coolest bear ever. Purchased by a band of Polish soldiers the bear became the world’s riskiest choice of team mascot. Wojtek was a firm fave among the soldiers and civilians, and people came to visit this gentle giant whenever the troops were in town. Trouble came when the troops had to set sail to go help the English.
Apparently, they didn’t accommodate for bears. So naturally, the Polish troops had Wojtek enlisted as an official soldier, given the rank of Private and popped him on the ship with the rest of them. During battle Wojtek was seen helping out, carrying heavy artillery shells along with the other men, seemingly of his own accord and because bears are swole. Wojtek the bear was (obviously) promoted to corporal and retired to the Edinburgh Zoo, where he lived out the rest of his days chilling and being visited by his fellow Polish troops. Today, Wojtek and his artillery shell remain the emblem of the 22nd Artillery Supply Company.

Elephants are the best thing ever. This account of the best elephant ever comes from The Elephant Whisperer, one of the greatest animal books of all time (I really like elephants guys). Nana was the matriarch of a troubled herd which was taken in by conservationist Lawrence Anthony on his South African game reserve Thula Thula. Elephant poaching is an enormous issue because ivory is actually more valuable than cocaine (but a totally different thing do not snort ivory).
Saying this, elephants don’t understand who is keeping them safe from poachers and who is a danger to their herd. On one of the first nights in the reserve, Nana escaped her holding pen, and charged to the edge of the reserve’s 8000-volt electric fence. Using her trunk, she felt along the wire for the electric current, eventually finding the power box. She ripped this off the wall, de-electrifying the fence and charged straight through it. She led her family into the night and began a car chase-esque escape, staying on the run for days before the herd could be rounded up. Damn it feels good to be a gangsta.

The Mayor of Talkeetna

Stubbs the cat was plucked from a box of kitties because he had no tail. Apparently, his owner appreciated puns as much as I do because he named him Stubbs. The story of how Stubbs came to be the honorary mayor of an Alaskan town is somewhat disputed. However, the fact remains that Stubbs the cat held office for a solid decade between 1997-2017, that’s a higher success rate than most politicians I can think of.
As mayor, Stubbs brought many tourists into the area and probably had no clue that any of this ever happened. Still, at least he had plenty of people around for ear scritches… and what more could a cat want?

So there we have it: 5 of the coolest animals ever. Whether it’s helping to save the lives of useless humans, breaking your family out of captivity or being appointed to the government for literally no reason, animals are pretty damn amazing!

If you liked this, we think you'll love: