How it feels to study in Wales 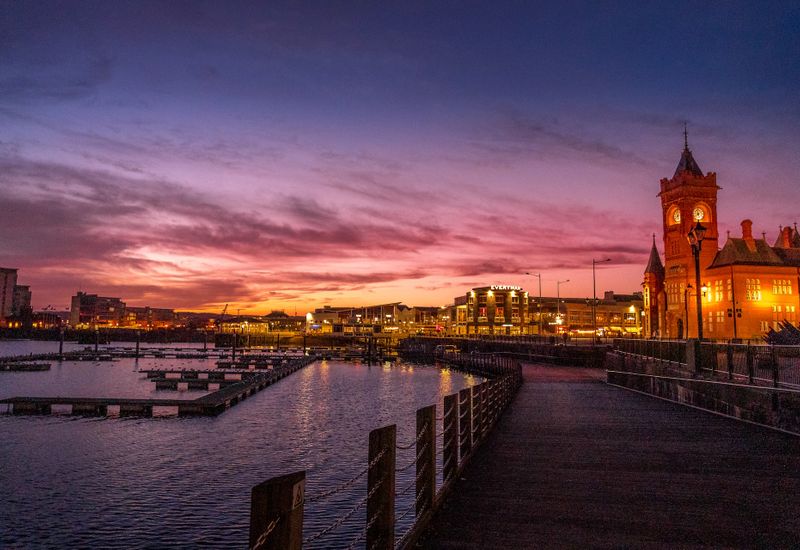 Ever thought about studying in Wales? Here's what you can expect from Welsh life as a student.

Looking for gorgeous scenery but also buzzing nightlife? Want to experience a new culture but have close ties to home? Wales has something for everyone, no matter what you're into. And studying at the University of Wales Trinity Saint David (or UWTSD for short) gives you the choice of campus experiences, all with unique and exciting vibes.

You can choose from four south Wales campuses and two in England.

First up is Swansea, a Welsh city that’s big enough to give you the space you need to grow, but small enough to make you feel like you belong. Offering a great blend of seaside living – check out the 5-mile stretch of sandy beaches – mixed with the excitement of a city – where you can find great nightlife with something for everyone – Swansea is a top choice for student experience.

Then you’ve got Carmarthen, a picturesque town with good links to the film, television and sports sectors. Get active with some of the best sea kayaking, coasteering, mountain biking and rock climbing in the world. Nestled upon the River Towy, you’re just half an hour from Brecon Beacons and the beautiful sandy beaches of Pembrokeshire.

There’s Lampeter, a peaceful and tranquil campus that’s over 200 years old. It’s where higher education in Wales began and is a place to deep-dive into the humanities, complete with grand architecture, rolling hills and a tranquil stream – the perfect backdrop to explore your subject...

And finally, we have Cardiff, the nation’s capital filled with olde world pubs, a modern city centre and everything in between. This is where theatre lovers can learn in a conservatoire-style campus, getting experience in the wings and centre stage.

So, safe to say each of these campuses has a completely different vibe. But what will that feel like? What’s it like to actually live and learn in Wales day in, day out?

Well, before you find out for yourself, let us try and paint you a picture of life at UWTSD:

Unless you’ve grown up in Wales, you may not have heard or seen the Welsh (or Cymraeg) language spoken or written before.

For a while, the Welsh language was on the decline, but thanks to celebrations of culture and emphasis on teaching and learning in Welsh, it’s becoming more popular with younger generations.

As well as getting the opportunity to learn a new language in an academic setting, you’ll likely come across (and be confused by) some Welsh slang. Here are a couple of the more popular ones to practise before you arrive:

Now in a minute - a Welsh oxymoron meaning you are on your way, but not immediately

Ych a fi (uh-ch ah vee) - Welsh phrase expressing disgust, similar to ‘yuck’ ‘ew’ and ‘gross’ (good to know this one for any shared kitchen mishaps)

Welsh rarebit: Welsh rarebit is an absolute classic. It's similar to grilled cheese on toast, except the cheese is made into more of a sauce, mixed with flour, beer, and sometimes topped with a poached egg.

Bara brith: Bara brith is a traditional Welsh bread, flavoured with tea, dried fruits and spices. This traditional snack has seen a decline in popularity in recent years, but we think it’s time for a comeback. You’ll need to follow a recipe though as it is no longer available in major supermarkets!

Leeks: Leeks are embedded deep in Welsh culture and have become synonymous with Welsh heritage. According to one legend about why the Welsh wear leeks on St David's Day, the soldiers of the ancient British king, Cadwaladyr, were about to fight their traditional enemy, the Saxons. Dewi Sant (St David) advised the Welsh to wear a leek in order to recognise their fellow countrymen during the battle.

The leek has also become widely recognised as the national symbol of Wales, so how could you feel any more Welsh than by getting these delicious greens into your student meals?

Welsh beers: Add a bit of culture to your pre-drinks with any of these

Although you'll spend most of your time on one campus, there'll be plenty of opportunities to explore the rest of Wales. You can spend the week in the country and then off to the seaside for a bit of rest and relaxation, or get a taste for modern nightlife and then head home to the comfort of old-world architecture. There’s so much to see and do, you’ll always find yourself on some kind of adventure.

If you want to experience Welsh student life for yourself, the University of Wales Trinity St David are now taking students for September 2023. Find out more here.