5 famous acts of protest in football 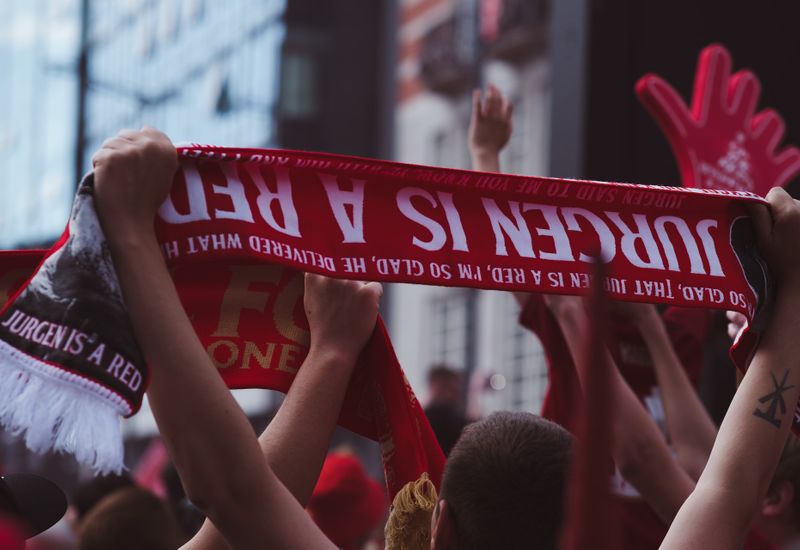 Despite what some may say, sports and activism have always been intertwined.

One of the biggest talking points of the 2022 World Cup has been if/how players, pundits and personalities would speak out against human rights violations in Qatar.

So far we’ve seen the Iranian team stay silent throughout their national anthem, England and Wales clash with FIFA over displaying the OneLove armband, and Joe Lycett’s thought-provoking publicity stunt with David Beckham.

Ask any of your Dad’s mates and there’s a good chance they’ll say that politics and protests don’t belong in football. But that’s not quite the case…

Over the years there have been a great many acts of defiance and protest in the beautiful game. Some big, some small, but all with a message behind them. Activism in sports is nothing new and here are some great examples.

In 1995, 500 Liverpool dock workers went on strike in support of fellow dock workers who had been unfairly sacked. Liverpool is a maritime city and is well known for its industrial docks, so these strikes had big ramifications for the city.

To show his support, Robbie Fowler revealed a t-shirt with “Support the 500 sacked doCKers” when he scored the 3rd goal in a 3-0 victory over SK Brann in the champions league. This led to the employers of the dock workers subsequently rehiring many workers due to the pressure that ensued following this display.

Fowler did lose activism points by partnering with Calvin Klein for the t-shirt, who cheekily added in the capital letters CK, leading to criticism from the media. But overall, it left a good impression on Liverpool as a city, and he was hailed as a hero from that moment onwards.

James McClean is an Irish footballer who plays for Wigan Athletic in the EFL Championship. McClean has suffered over a decade of abuse over his contentious decision to not wear football kits with the red poppy stitched onto the front or sleeve of the kit, in the leadup to Remembrance Day.

Whilst this has created much unrest amongst both football fans and the media, many criticise the winger without hearing his reason for not supporting the gesture. This is because McClean comes from the Creggan estate in Derry, where 6 unarmed civilians were shot dead in 1972 whilst peacefully protesting on what has infamously become known as Bloody Sunday.

Mcclean states that he would wear a poppy “If the poppy was simply about World War One and Two victims alone”, but because it also celebrates those who brought about this travesty so close to his home, he respectfully refuses to wear it.

It is a powerful message but unfortunately for him, so many remain unaware of why he chooses to abstain from the British tradition.

In their most recent international games the Iranian team have This was to show solidarity with a nation who were mourning over the death of Masha Amini. Masha was arrested by the Iranian police for failing to wear the hijab in accordance with government standards. Whilst in police custody she was beaten in front of eyewitnesses, suffering traumatic head injuries and later dying of a combination of a cerebral haemorrhage and a stroke.

The police claim that she collapsed after a heart attack, however, her medical report was leaked and so this claim was proved to be false. This awful event has prompted protests across the country and the football team have made their views clear by covering up anything to do with Iran.

Organisers were forced by growing pressures from both the football team and the country to play the match behind closed doors, but more importantly, thanks to the Iranian national team, the story has been recognised on an international scale which will hopefully lead to a safer environment for Iranian women to live in.

With the World Cup underway, many countries have unveiled the kits that they'll wear during the tournament. With many flashy designs, some kits are a beauty to look at, but none are more noticeable than Denmark's “protest” kit.

Denmark has opted for 3 kits, 1 black, 1 white, and 1 red. Each kit is one solid colour and has no sponsor or their famous chevron on show. The Hummel logo and national emblem are faded in and are only slightly visible.

This kit is very simple, but the message is clear. Denmark is attempting to protest against the horrendous working conditions that Qatar's labour force suffered through so that the country would be able to host this prestigious tournament.

Thousands of workers died in the process of developing stadiums, due to the relaxed standards that Qatar’s government demanded. Denmark’s kit is their way of telling the world that they will not represent any sponsors or promote their kit as they are showing that they do not in any way support Qatar to host the world cup.

The minimalistic design is to make sure they receive as little attention as possible in the hopes that the attention will be given to the poor people whose lives were taken. The reason they opted for a black kit is because it is the universal colour of mourning to express their grief over the tragedy. Denmark are said to be taking part in the competition only because they still support the World Cup, just not this year's hosts of the tournament.

Following Germany’s annexation of Austria in 1938, Austria and Germany played in what was supposed to be Austria’s last-ever football team. This Austrian team was widely known as “The Wunderteam'' and was one of the greatest international sides to ever play the game.

The Wunderteams last ever game was meant to be one of celebration, against Germany, with the peaceful unification of the two countries being the reason for celebrations. The Austrians were supposed to bow down to the Germans and let them be victorious, but, Matthias Sindelar, who was recognised as one of the most integral Austrian players, took the game into his own hands.

Sindelar played the majority of the game as was expected of him by the Nazis, however, in the second half spectators noticed a change in tempo from him and in the 70th minute, he scored a goal, much to the disbelief of the German crowd.

The Austrians then went on to win the game 2-0 and stunned Germany. Sindelar is also heard to have dramatically celebrated right in front of the higher powers of Germany, according to one account of a witness of the famous game. 10 months later, Sindelar was found dead in his apartment, which was labelled as an accidental death by the government.

Many believe that his death was a result of his display against Germany and that he was actually murdered following orders from Hitler. To this day it is one of the most controversial events to ever happen in the footballing world.

Do you think footballers do enough with their platform to highlight injustices? Join our student panel and let us know. You’ll get 1000 reward points for signing up.