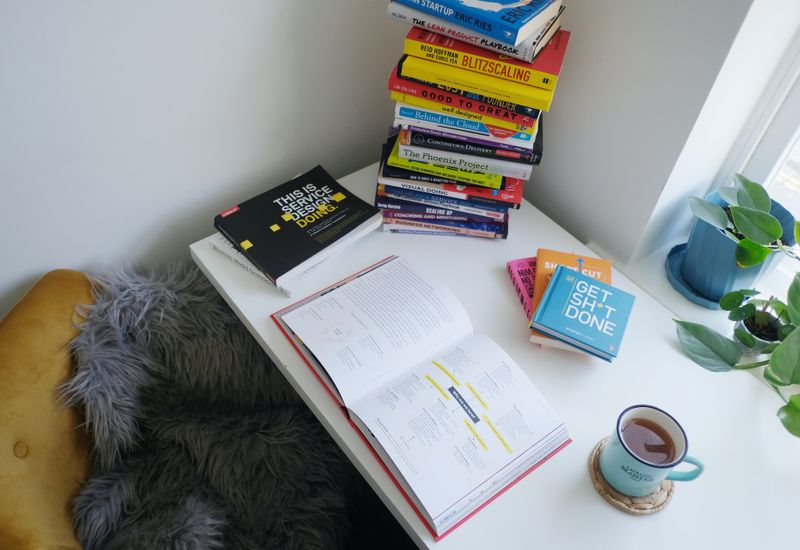 From personal experience, I can tell you that not enough is done to accommodate neurodivergent students. The nature of ADHD and uni means that deadlines get forgotten or you often don’t have the executive function to start an important task. There’s lots of advice floating around the internet and lots of it just doesn’t work.

To start, let’s understand what executive function is and why it’s lacking in those with ADHD. Basically, it’s the ability to start, maintain, and finish a task. The chronic under-stimulation that comes with ADHD can leave you without the motivation to get started on something, even if it’s something you really want to do. Now that we've established this, what are some study methods you can try in spite of your attention deficit?

Study tips for ADHD often include things like reminders, post-it notes, or digital calendars, but these techniques often don’t work for people with ADHD. A note on your desk may fade quickly into the background, becoming imperceptible. Reminders don’t magically boost your executive function.

You have a licence to ignore the usual advice, given that it likely won’t work. Telling an ADHD person that they should just use a reminder or post-it is along the same lines as telling an anxious person to not worry about it. Or a blind person to just look harder.

Many study hacks will tell you to set rewards at milestones of completing a task. This relies on a typical dopamine-reward system, which is usually a little busted in those with ADHD. Tricks like placing chocolate or sweets at the end of a section to read may work well for most people, but not with ADHD.

Instead, you could try using other brain chemicals to form positive associations with studying. Make yourself a hot chocolate, light a candle (if you can in your accommodation), and start your study playlists with familiar tunes that always get you going. Do some reading in the bath, if you’re lucky enough to have one.

Most of the time, your lecturers want to see you succeed. It reflects well on them to have their students perform at the best of their abilities. So, if you want them to be more understanding, explain how your brain works and what you struggle with. They may be able to help you, especially if they’ve had students in similar situations before.

This is why it’s also important to register with your university’s support unit. Not only will they often help with things like deadline extensions and extra time in exams, but they can also be advocates for you in the case of not having a supportive lecturer.

With ADHD, every time you try to get into a new study habit, there’s a good chance it won’t stick. But with each new routine change you make, some of them will. It’s all about which techniques work best for you. While everyone with ADHD will have many things in common, we are just as diverse as every other group.

Don’t beat yourself up when a new thing doesn’t work. Take some time to reflect on what wasn’t successful and try something else. It may take you longer than others to find out which systems work for you but don’t give up.

Little is better than nothing

Doing something is absolutely better than doing nothing. A little cliche I know, but still true. Just doing half an hour a couple of times a week is exponentially better than nothing. If you can do that, you can then add another half an hour.

Build it up piece by piece.

If you have lots of little bits done by the time you get to your last-minute deadline rush, you’ll at least not be starting from scratch. Besides, you’ll hopefully have an extra week that the student support unit will have secured for you.

Does your university have systems in place to help neurodivergent students? Join our student panel and let us know. You’ll get 1000 reward points for signing up.