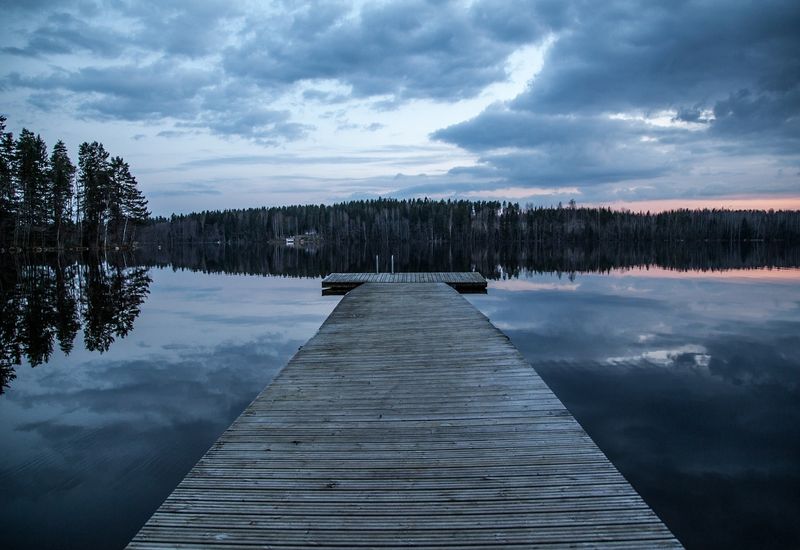 If you’re struggling with mental health issues such as anxiety, stress or depression at university, you’re not alone.

It's important to talk about issues such as anxiety, stress and depression at university. Mental health is (thankfully) becoming much more widely discussed thanks to changing perceptions of mental illness. Celebrities such as Professor Green, Lady Gaga, Chrissy Teigen and Princes William and Harry have all spoken out about their personal experiences, helping to raise awareness of the variety of people who can be affected. Publishers popular among 16-25 year olds, such as Buzzfeed, now dedicate several articles a week to topics ranging from self-harm to self-care. Conversations around mental health have certainly opened up in recent years, but mental health issues still have an unpleasant knack of making sufferers feel isolated, lonely and unable to cope. 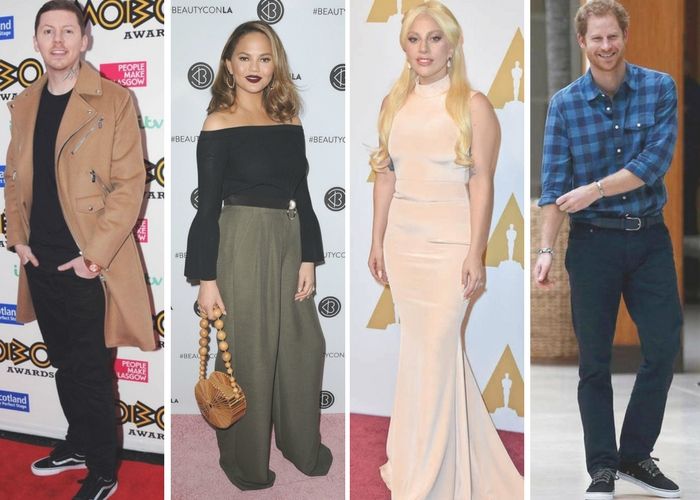 University is a uniquely difficult time for many young people. The self-sufficient campus, busy halls of residence and tough workload can be suffocating for many students. Whether you’re feeling the pressure yourself, you’re worried about a friend or you’re simply here to pick up some information, we’ve pulled together a selection of resources, statistics and case studies on a variety of mental health issues, including anxiety, stress and depression at university.

Elsie is 19 years old. She studies Geography at The University of Manchester. She achieved two As and one A* grade for her A-levels. She’s a talented athlete and landed herself a job as a trainer at a nearby gym a few weeks after moving to Manchester. She lives in one of the biggest halls on campus with an en-suite bathroom and regularly posts gym selfies on Instagram.

What you don’t see behind the scenes is that Elsie suffers from anxiety. She puts herself under an enormous amount of pressure to perform exceptionally in both her sport and her academic work. She stays up late and gets up early to study. Her flatmates typically party late into the night, and she’s often too anxious to go into the kitchen to cook, so she doesn’t eat as often as she should. Her parents earn decent wages, but a lot of their money goes on care for her younger brothers, so her student loan doesn’t cover her living costs.

Thousands of students around the UK have stories similar to Elsie’s. One of the hardest things to deal with when trying to cope with mental health issues at university is the idea that everyone around you has simply taken everything in their stride. They post happy photos on social media of nights out with their friends, seem organised and on track for all their assignments or even appear laid-back and relaxed about impending essay deadlines. But behind the scenes, there’s often a very different story playing out.

In 2015, an NUS survey revealed that 78% of university students had experienced mental health issues during the last year, with 33% recording suicidal thoughts. 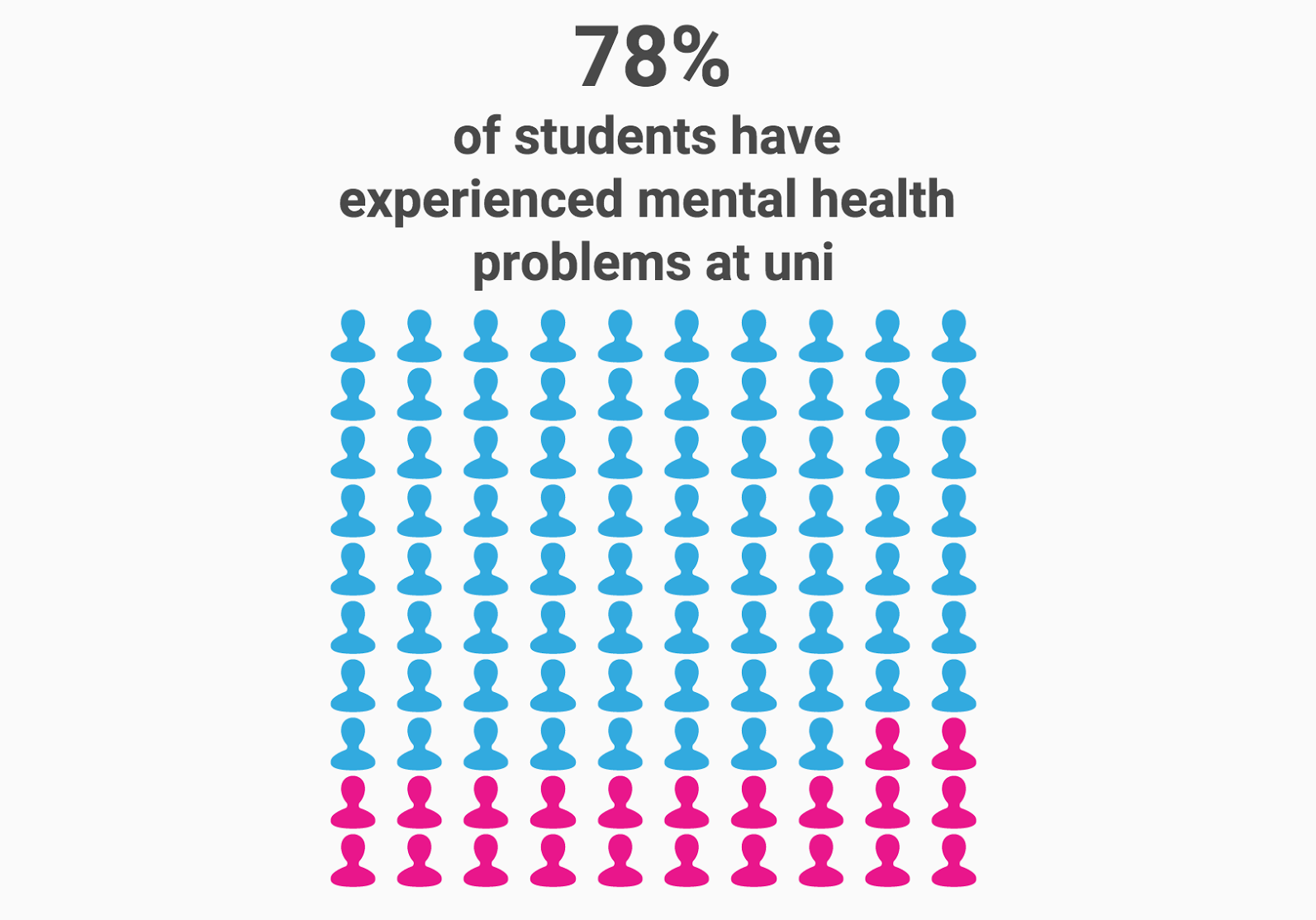 WHY DO STUDENTS STRUGGLE WITH MENTAL HEALTH?

There are numerous reasons why people who have previously been unaffected by mental health issues find themselves struggling at university, and why those with pre-existing issues often find their symptoms compounded by the student experience. Here are a few of the key reasons:

Financial concerns: With tuition fees rising to £9250 a year, maintenance loans being scrapped and living costs soaring, many students have to juggle multiple jobs alongside their studies just to be able to make ends meet. There’s also a long-term financial pressure to worry about as the average student will be paying off loans for years to come.

Sharing with strangers: Sharing living, washing and sleeping space with complete strangers is something that very few adults would choose to do, but students are forced to live in close proximity with people they have never met before. Late nights, disrespectful housemates and thin walls can all have a negative impact on students’ quality of life.

Being far from home and support networks: Even with advancements in technology, there’s nothing quite like sharing a cuppa with a parent or friend. Students often scatter across the country to go to university, but this means that there’s often no-one nearby to talk to when things go wrong.

Pressure to have ‘the time of your life’: Students are often told that the three years they spend at university should be the best of their lives. There’s intense pressure to meet new people every day, forge friendships that will last for a lifetime, go out and party while getting top grades and maintaining an immaculate Instagram profile to show your old schoolmates exactly how much fun you’re having.

Being constantly surrounded by others who always joke about failing their degree and complain about university can create a bubble of negativity. An expectation to fail and scrape grades can be overwhelming, especially when there is already pressure to complete a large amount of work. 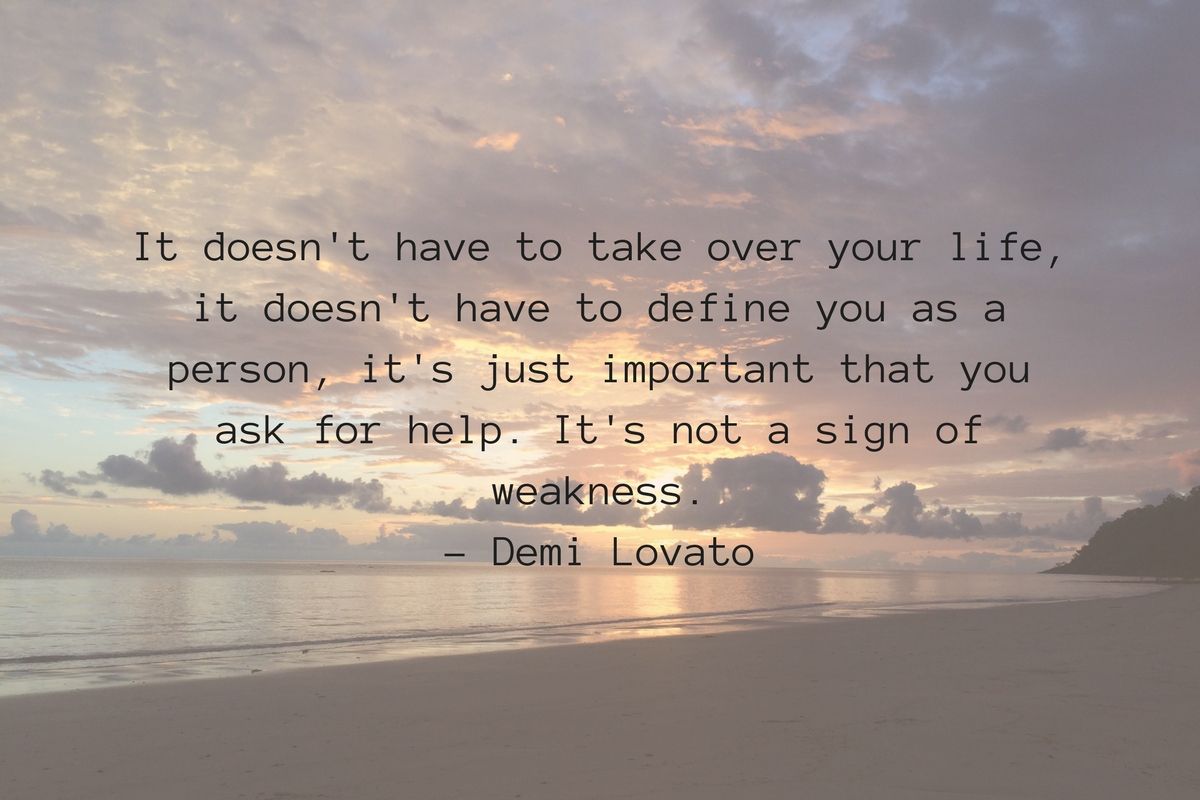 WHAT IS CLASSED AS A MENTAL HEALTH ISSUE?

Mental health issues are incredibly varied, in both symptoms and severity. Here are some of the more common types that university students experience:

WHERE CAN I GO FOR HELP?

Whilst at uni, your first port of call should be your university’s advice and counselling centre. They’re trained to be able to deal specifically with student’s mental health, and there’s nothing they won’t have seen before. They often offer walk-in appointments, or you can book by ringing up. If you’re not certain whether they’re the right people to speak to, drop them an email! I guarantee that they’ll be nice, it’s in the job description! 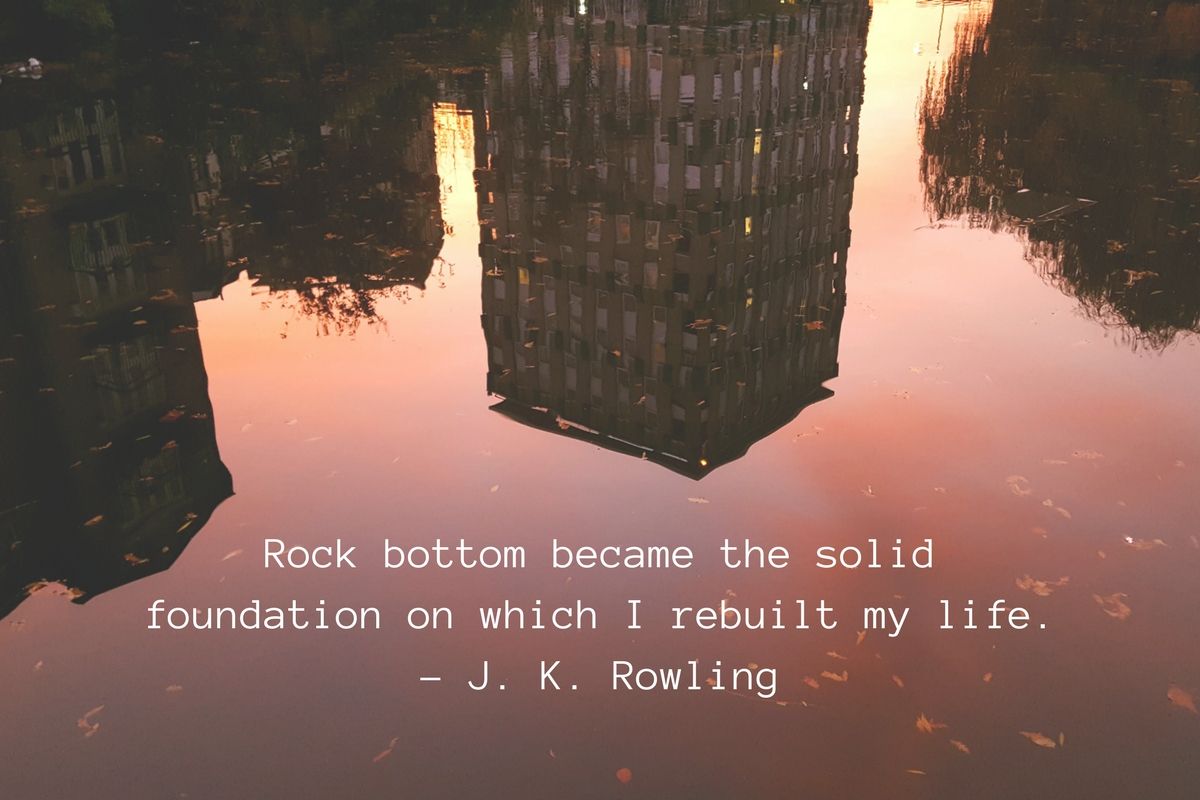 WHAT RESOURCES ARE OUT THERE? 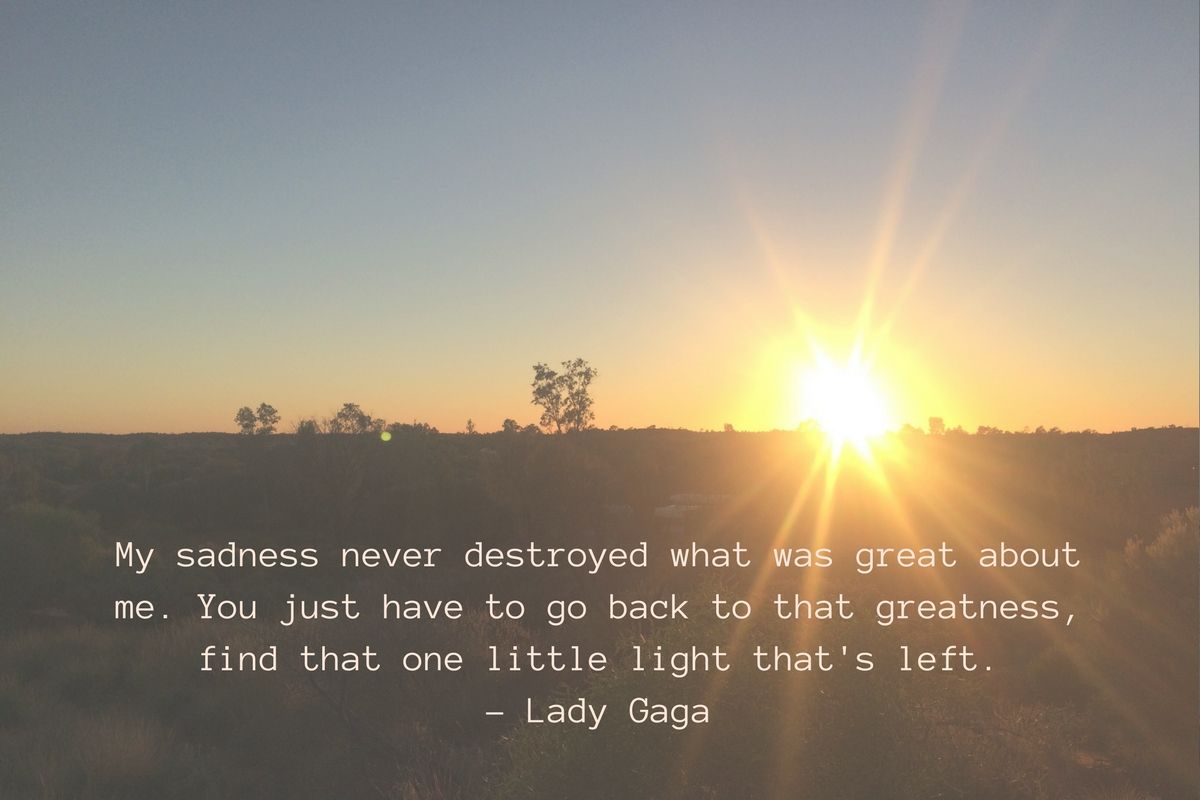 So there you have it! It's perfectly normal to struggle with issues such as anxiety and depression at university, but it's important to remember that you're not alone. There are plenty of resources and support systems in place, and it's always better to speak to someone.

If you liked this, we think you'll enjoy: