LGBTQIA+ History: What is Queer Coding? 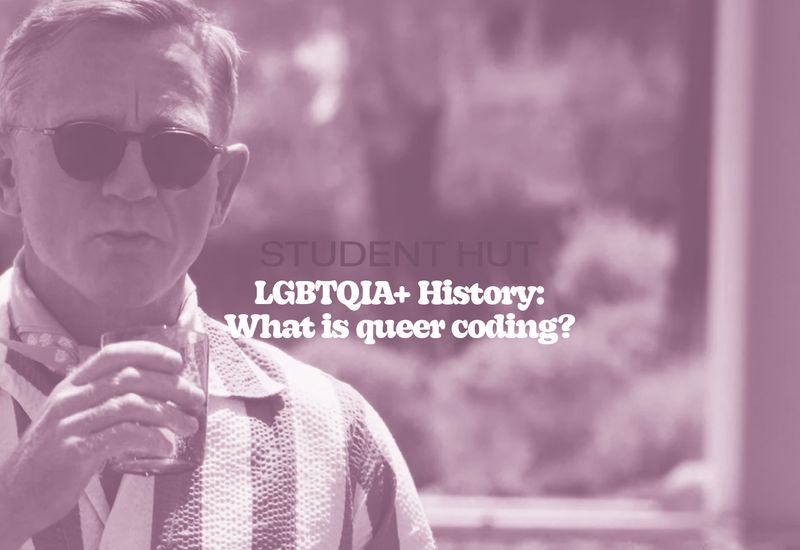 Glass Onion recently re-started the conversation around Queer Coding, but what actually is it?

Queercoding is the name given to the phenomenon in pop culture where a character’s sexuality is on display but never explicitly mentioned, rather remaining as subtext. There have been many examples of queercoded characters throughout history, however the most recent example came from Glass Onion: A Knives Out Mystery.

The discussion is around Daniel Craig’s character, Benoit Blanc, who the director is “obviously gay” given that he is revealed to have a “male roommate”, impeccable fashion sense, an almost physical aversion to Kate Hudson’s flirtatious behaviour (although who can blame him), and an astute fascination with Dave Bautista’s piece (gun).

Some have suggested that, as it’s never explicitly stated, this is a form of queerbaiting. But that’s only the case if queerness dangled in front of the viewer’s face and then proven to not be the case. And that’s what makes it different from queerbaiting; the information is there if you’re looking hard enough.

Why is Queer Coding used?

In the US, as motion pictures were taking off, the Hays Code was introduced for Hollywood to self-censor. Films that broke the code wouldn’t have been accepted by the Motion Picture Association. Positive depictions of “sexual deviance” were forbidden by this code.

This meant that people got sneaky about how certain characters were depicted and how different sexualities were represented. You’d never have seen a gay kiss or two women holding hands, but you might have seen an effeminate man who was never married. However, there was often something that united these characters…

Why were so many villains Queer Coded?

Portrayals of gay people weren’t forbidden, only positive ones, so many film studios have a history of queercoding their villains. Disney is one such studio. Ursula from The Little Mermaid was based on the drag queen Divine. Scar from Lion King has stereotypically gay mannerisms and affectations. Governor Ratcliffe from Pocahontas is effete, wears bows in his hair and is dressed in pink.

Sometimes, these were queer creators expressing themselves in the only way they could. Andreas Deja, an openly gay character animator, created Gaston and LeFou from Beauty and the Beast as well as Jafar from Aladdin.

This could explain why the LGBTQ+ community often thirsts for sexy villains, leans towards alternative fashion and roots for the bad guy in media. But the impact could also be quite negative as Rebecca Sugar, creator of Steven Universe says: “If you can only exist as a villain or a joke, [...] that's a really heavy thing to be saturated with.”

But it’s not all bad news. Attitudes are changing, and even the animators and writers at Disney have been allowed to include more references to queerness beyond just queer coding a villain.

Do you think studios could be doing more to represent diverse populations? Join the Student Hut Community to share your opinion and earn rewards.