Five famous scientists who studied in the UK 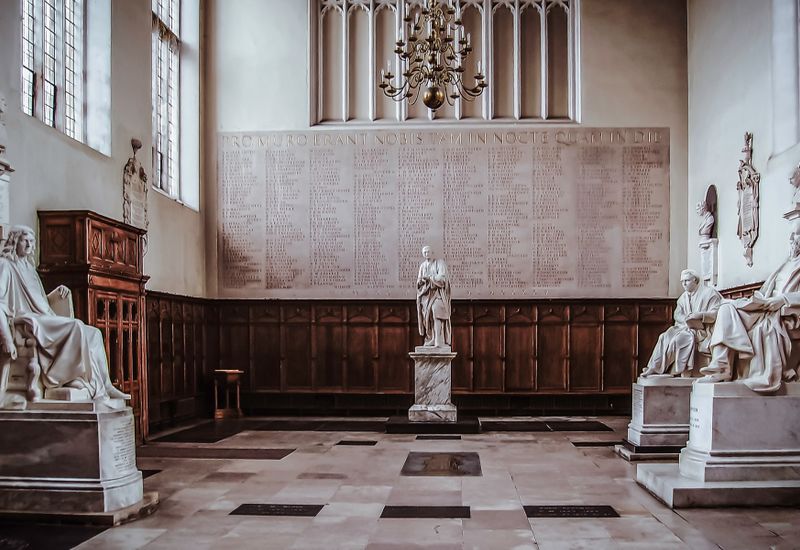 Ever wondered where famous scientists started out? Here are five scientists who studied at universities in the UK.

Sir Isaac Newton studied for a Master’s degree at the University of Cambridge’s Trinity College. He is renowned for formulating the law of gravity and laws of motion, but he made many other contributions to science, including the development of calculus and inventing the first reflecting telescope. Sir Isaac Newton also became a member of parliament.

In 1705, he received his knighthood from Queen Anne.

Dame Anne McLaren studied Zoology at Lady Margaret Hall, at the University of Oxford. She completed her PhD at University College London in 1952. Her pioneering research on genetics, reproduction and developmental biology in mice is hugely significant because it enabled the development of in vitro fertilisation (IVF).

She was also a co-founder of the Frozen Ark, a project in which the DNA of endangered species is collected and preserved for conservation and research. She was awarded a DBE in 1993.

Dr Maggie Aderin-Pocock MBE is a space scientist. She studied Physics at Imperial College London and graduated in 1990. She then completed her PhD, also at Imperial, in 1994. In addition to her research – which has encompassed landmine detection, developing instruments for the Gemini telescope, and climate change – she is a science communicator, educating and inspiring people about science. Maggie also presents the TV show The Sky at Night. In 2009, she was awarded an MBE for her services to science education.

Frederick Sanger CBE is famous for his work on sequencing proteins, RNA, and DNA. He studied Natural Sciences at St John’s College, at the University of Cambridge. In 1943, he completed his PhD. He discovered the structure of insulin and received the Nobel Prize in Chemistry for this finding in 1958.

As well as working on a COVID-19 vaccine, Dame Sarah Gilbert has studied malaria and led the development of a new flu vaccine. She was awarded a DBE in 2021 for services to science and public health as a result of her work developing a COVID-19 vaccine.

Which great scientist studied at your uni? Join our panel and let us know to receive your first 1,000 reward points.