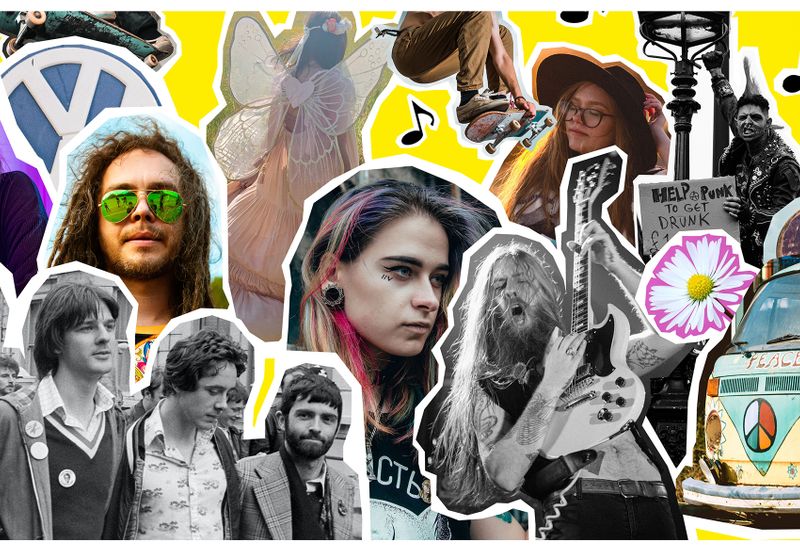 Modern society has always linked fashion and identity to form subcultures, from Teddy Boys to the e-boys/girls of Gen z.

Subcultures have always been a massive part of modern society. From the swoop-fringed Emo and Scene to Soundcloud Rappers to the people bringing back Y2K fashion, subcultures have been providing a place to belong and a sense of identity for young people, since, well, forever.

But subcultures, as we know them, are definitely a 20th-century invention, which begs the question; what do modern-day subcultures look like? Is the concept dead entirely, or is the golden age for the weird, wonderful, niche subcultures of the internet age?

We aim to find out in our new series, Countering Culture. But first, let’s set the scene…

What was the first modern subculture?

Although there is no exact day in the history books, many people have made a subjective guess about the 1960’s UK gang movement of the “Teddy Boys”. The Teddy Boys were known for their Edwardian-inspired fashion choices that became strongly linked to American rock and roll music.

The name Teddy Boys came from a news article in which a reporter shortened the word Edwardian to Teddy, giving them their infamous name. The group’s popularity arose in the 1960s during the streaks of violent creativity, where they taped razors to their shoes and kicked people in the streets. Those guys who take Peaky Blinders too seriously are the worst. This mindset and fashion choice quickly became popular amongst men under 40, becoming the first prominent subculture in history.

Subcultures peaked in the late 50s as education became more accessible and society experienced significant economic growth. This resulted in teenagers and young adults having more money to spend on expressing themselves freely. Rebelling against the previous restrictive societal standards of fashion and identity.

How have subcultures changed?

As technology changed mainstream culture, it had a knock-on effect on subcultures. During the 90s when the alternative and skater scenes were at their peak, you would have to sacrifice your personal time to join the subculture, going to gigs, record shops and skateparks. This physical commitment was essentially the only way to become a part of the different movements, as you had to make yourself known in the group.

To join a subculture in today's society, what you would do is follow certain people on social media and like a certain variety of songs to be involved in some way. You could do this all from your phone even.

Anything with a start has the ability to end, but is subculture really dead? Many of the movements involved in subculture are designed to rebel against controlling societal standards.

A subculture ultimately dies when the restrictive society profits from the subculture and when it becomes too mainstream. Yes that does include punk rock, much to your dad’s dismay. But, subcultures are subjectively just a part of human nature and something that will change overtime, thankfully never truly dying out.

Gen Z has been labelled as being “beige”, “identity-less” and “inexpressive”, mostly by the millennials who experienced the rise in subcultures in the ’90s, which then were more restrictive. Nowadays people can explore and take part in multiple subcultures from the punk and lt scenes to the cottagecore without being removed from either.

This label of “identityless Gen Z” refuses to acknowledge the creative freedom this generation has to offer from identity to career and most popularly, gender fluidity and expression that comes with it. With today's subcultures, you are truly allowed to be anyone, whether that’s someone that strictly remains to one subculture or takes pieces from many different ones to create an entirely unique identity.

Do you think Gen Z has no identity when it comes to subculture? Join our student panel and let us know. You'll get 1000 reward points for signing up.