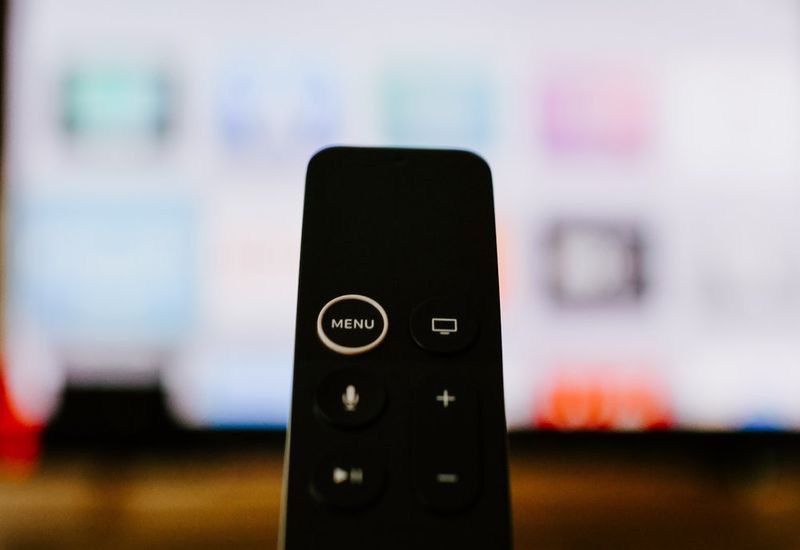 Now that we’ve been under semi-house arrest for almost two months, there’s a high chance that many of us are running out of things to watch.

Maybe your Netflix recommendations no longer catch your fancy, or perhaps you can’t find a NowTV package containing the content you crave.

If that’s the case, then fear not! Here at Student Hut, we’ve got you covered. This week, we’re bringing you the best of Amazon Prime’s streaming service.

With thousands of shows to pick from, you’re spoilt for choice! And, to make things better, if you’re already a Prime member then you can access all of these series without paying for an extra subscription!

Given that many options, you’re probably wondering where to start. Don’t worry - we’ve taken the liberty of sharing our top ten to spare you the hassle. Whether it’s comedy, sci-fi or drama you’re after, this list has what you need!

This British comedy classic features Dylan Moran and Bill Bailey as a pair of dysfunctional bookshop workers. Bernard Black, played by Moran, is the titular owner of the bookshop. A reclusive miser who hates working in retail (go figure), his grouchy personality makes him an interesting protagonist.

Bailey’s character, Manny Bianco, is the bookshop assistant and accountant. Softer-spoken and more sensitive than his boss, his character is the perfect foil for Bernard’s rugged personality. Their dysfunctional work relationship makes for great viewing throughout the show’s three seasons.

If you’re running out of sitcoms to laugh at, why not check out Community? Featuring stars such as Ken Jeong and the multitalented Donald Glover, the show follows Jeff, a lawyer who has recently been disbarred after lying about his credentials. In a bid to earn a proper degree, he signs up for Colorado’s Greendale Community College where he meets the other members of the cast.

Featuring a host of whacky characters, the show’s zany depiction of community college life will have you in stitches!

This coming of age series centres around outsider Ryan Atwood who is adopted by the big-hearted and upper-class Sandy and Kirsten Cohen. The show follows Ryan and his foster brother Seth - a socially awkward yet charming teenager - as they juggle a life of not quite fitting in, in a world where everyone is keeping up with the Jones’.

The O.C. will pull on your heartstrings one minute, and will make you laugh out loud the next.

Set five hundred years in the future, this space Western drama follows the crew of the Serenity, a renegade spaceship touring the far-flung reaches of the galaxy as they seek to avoid a sinister intergalactic syndicate known as “The Alliance”.

Highly acclaimed, this is the kind of show that you could binge in one sitting if you started early enough. Don’t let the fact that they only made one season put you off!

As you can tell by the name, we’ll be keeping up the futuristic theme here! Often eclipsed by its older sibling The Simpsons, this animated comedy has enough hilarious moments to be a classic in its own right. Shoehorning contemporary comedy into a futuristic setting, Matt Groening’s oft-neglected second series guarantees laughs galore!

Jump in a freezer (or just fire up your Prime) and travel to the year 3000 with Fry and the gang today!

This British sitcom stars Simon Pegg and Jessica Stevenson as a pair of North London housemates masquerading as a professional couple in a bid to secure a cheap flat.

Their ambiguous relationship, coupled with the strange visitors they receive (including the borderline-insane artist that lives downstairs) makes for a highly entertaining watch.

Englishman Jonathan Pine (played by Tom Hiddleston who is a 10/10 in this - you’re welcome girls) is a luxury hotel night manager and a former British soldier.

He gets involved with a woman who is the girlfriend of a local gangster, and the adventures of the hotel employee go quite off course. This six-part series will have you on the edge of your seat with its action-packed scenes, scratching your head with its brilliantly-written plot, drooling over the to-die-for locations and dreaming about that time Hiddleston was caught wearing that "I heart Taylor Swift" T-shirt (okay, maybe this one is just us) in equal measures.

One of the rare successful exports of British humour across the pond, The Office is a side-splitting sitcom with jokes that would make a statue squirm.

Developed by American comedy heavyweight Greg Daniels, the series follows eccentric boss Michael Scott and his merry band of misfits as they haplessly navigate the social nuances of office life in Middle America.

Another Greg Daniels masterpiece, if you liked The Office, then you will love this! Parks and Rec covers the life and times of Leslie Knope; a small-time Indiana bureaucrat with lofty ambitions.

The sitcom follows Leslie’s political career, with her journey starting as deputy director of her local town’s Parks and Recreation department. Littered with hilarious moments throughout, this show is well worth writing your weekend off to binge.

One of the all-time greats, this mysterious show is a must-watch for conspiracy theorists and TV lovers alike. FBI agents Fox Mulder and Dana Scully are tasked with solving the eponymous ‘X-Files’ - unsolved cases with a supernatural twist.

A real heavyweight series, the original run spanned nine seasons between 1993 and 2002, before being revived for another two seasons in 2017. There have also been two feature films produced, demonstrating just how much the fans adore this paranormal drama.

If you think we’ve missed any classics, then let us know! Join our student community today and make your voice heard.