Why Do We Still Need International Women’s Day? 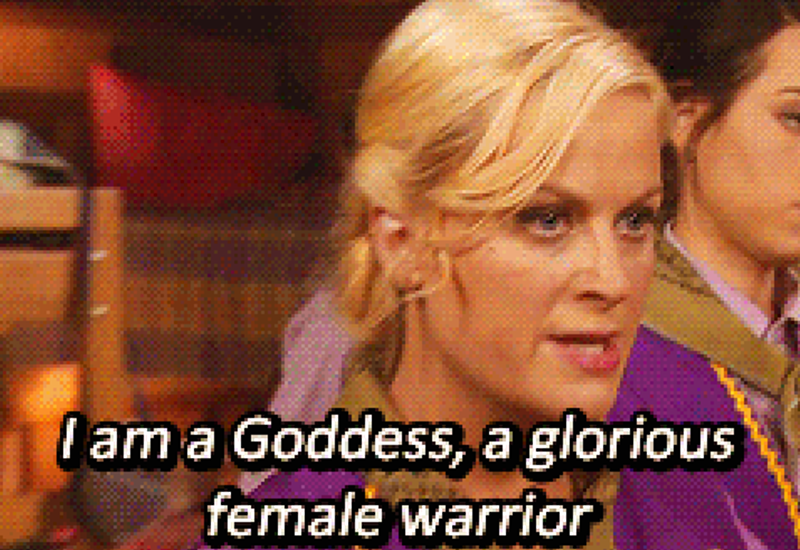 100 years on from winning the vote, do we really STILL need International Women's Day?

On the 100th anniversary of (some) women being given the right to vote in the UK, it’s pretty easy to get complacent and feel like the battle is over. There’s so much to celebrate, especially here in the UK, and so many women doing so many awesome things, and it’s great to be positive, but we’ve still got a long way to go. Here are just a few of the main reasons why we still need International Women’s Day, we still need feminism, and we still need to put the effort in to create a fairer world for everyone.

Ok, this one is one of the most talked-about, and one of the most complicated, so let’s tackle it first. First of all, the wage gap is most definitely a “thing”, rather than a “myth”, but it’s not a case of a company hiring a male and a female to do the same job and paying them differently - because that’s illegal. It’s super complex in a way that I couldn’t explain without writing a whole dissertation and consulting a lot of experts, but there’s a couple of easily understandable major factors.

First up... babies! Yep, you guessed it, the whole annoying concept of continuing the species really gets in the way of pay rises. While time taken off work for pregnancy related things, and the whole childbirth malarky, is somewhat unavoidable, there are other parts of parenthood that affect women’s wages. For example, women not being promoted because of the possibility they might have children (very uncool), and the majority of child-rearing still being disproportionately expected of women. While I’m not suggesting we all stop having babies (they’re SO CUTE), women are still being treated unfairly in the workplace because of them, and interestingly, men who want to do more child-rearing are also being unfairly penalised. You can have a read about this in more detail here (there’s also handy pictures that make the whole thing easier to understand).

Children though, are not the only factor at play regarding the dynamics of women in the workplace. Unfortunately, there are still societal norms and institutionalised prejudices that make it harder for women in their careers. Perhaps the best example of this is a study of a woman named Heidi Roizen, by Prof. Frank Flynn. Our pal Frank taught a class at Columbia Business School, where, in 2003, he got his class to analyse Heidi’s career, focusing on all kinds of things to do with business competence. However, in the info he gave half the class, he changed Heidi’s name to Howard. Heidi and Howard were rated the same by both halves of the class (funny that, seeing as they’re the same person…), but people liked Howard, and they did not like Heidi. In fact they said Heidi was more selfish, less likeable, and they wouldn’t want to hire or work with her. The interesting thing about this study is, these people didn’t know they were being tested, if you’d asked them “Are men better bosses?” the likelihood is they would have said no. It should also be mentioned that, in practice, some studies say female bosses are as liked as male, so it could be the concept of women in power that society is against, rather than the practice. This study is obviously also a little dated now, but does go to show that, especially in terms of careers, we can hold a gender bias that we don’t even realise. (Here’s some links to all that info, so you don’t think I’m making it up.

Often, when people make a fuss about feminism, or think that it’s now unnecessary, they have a really narrow view of it. It’s enormously important to remember that women exist all over the world, and those in the UK are among the luckier ones. If you’re in need of a reality check, take the quiz below and find out how many laws you could have broken today if you lived in other places (you can still take the quiz if you’re a man, just pretend, or ask your female pal which things she’s done).

Even here in the UK, feminism and women’s rights benefit some women far more than others. Intersectional feminism understands that women of colour, minority religions, those in the LGBTQIA+ community, and those with disabilities, among many other factors, have unique, and often harder struggles to be recognised as equals. While women in more privileged positions may sometimes feel that they’re already almost equal, the aim of feminism is to create equality for all women. To put this in context, you only have to look at statistics. For example, women of colour are still massively underrepresented in academic spheres, and suffer more in terms of wage inequality than their white counterparts. Disabled women are far more likely to be assaulted, and more likely to experience prejudice in being hired. Trans women are more likely to suffer abuse at work, domestic abuse, sexual abuse, and to become homeless. These are obviously just a few tiny points in what is a massive issue, but we need to remember that equality needs to reach everyone, and having a few privileged women in power is not enough.

The best way to be a more intersectional feminist is to read the testimony of as many women as possible, education is really the most powerful tool. The internet is literally full of articles, websites and groups where you can learn about what feminism means to different people. There's far too many to list, but here's a few possible starting points;

So, if anyone asks you why, 100 years on, we STILL need International Women’s Day, let them know that it’s not because feminists hate everything and only drink vodka and male tears, and it’s not because men are all terrible people who despise women and think they’re weak, it’s because we’re all still a part of this fight for an equal society, and it’s going well, but it’s definitely not over. And when someone inevitably asks “Why is there no International Men’s Day?”... There is… It’s November 19th.

Here at Student Hut, we try to be as inclusive as possible of all students. If you feel this article has missed anything, or there's something cool you think we should include in the future, don't hesitate to get in touch! We welcome contribution and feedback and strive to be as representative as possible of the UK student experience.

If you enjoyed this article, we think you'll love;