Top 10 Halls of Residence in London 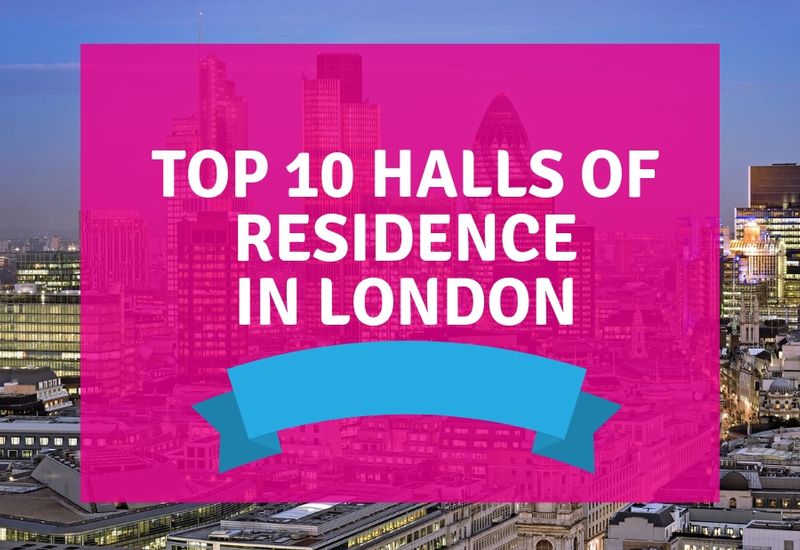 Using reviews from 541 London students of 126 different halls of residence, we've worked out the 10 best student digs in the capital.

We used this data to draw up a league table for the 10 best halls of residence in London as voted by the people who matter the most: the students themselves.

Situated outside central London - six miles north west of Charing Cross as the crow flies - the Woodward Buildings offer students a far more affordable halls experience than residences in the city centre. North Acton Underground station is a stone’s throw from Woodward, allowing students to get to the main ICL South Kensington campus in 43 minutes and central London in 31 minutes.

Carr-Saunders Hall is the best student accommodation in central London. The halls are close to Regent’s Park and are overlooked by the iconic BT Tower. LSE is a 25-minute walk away and the West End just 20 minutes. Carr-Saunders is a catered hall, providing six dinners and one brunch per week.

The Eastside Halls complex is made up of three adjoining halls: Gabor, Linstead and Wilkinson. The complex sits on the east side of Princes Gardens, a lovely green space in the heart of Kensington. Along with the Southside Halls complex, which also features on this list, it is the most convenient halls of residence for Imperial students - less than a 10-minute stroll from the ICL main campus. Eastside is in high demand given its location, so it does not come cheap.

Beit Hall sits opposite the Royal Albert Hall, right next to Hyde Park. The location is highly convenient for Imperial students, who can walk to the main campus in 10 minutes. The Imperial College Students’ Union and the Union bar are located within the same building complex as the halls of residence, making Beit Hall a very lively place to live.

If ICL’s Eastside Halls lie east of Princes Gardens, then Southside Halls lie - yep, you guessed it - south of the Gardens. Southside is comprised of four adjoining halls: Falmouth, Keogh, Selkirk and Tizard. The ICL campus is just down the road, a mere 5-minute walk. Southside, like its namesake to the East, does not come cheap.

The first accommodation in our top ten south of the river, Champion Hill sits between Denmark Hill and East Dulwich train stations in south-east London. The halls are incredibly convenient for students on KCL’s Denmark Hill campus (5-10 minute walk), but those on the main Strand campus face a 40-45 minute commute.

Note: KAAS stands for the King's Affordable Accommodation Scheme. KAAS aims to provide students with a family income below £42,875 access to affordable accommodation.

Marylebone Hall is located in the West End of London, next to the world-famous Madame Taussads and a stone’s throw from Regent’s Park. It is attached to the University of Westminster’s Marylebone Campus and just 15 minutes on foot from the Regent’s Street Campus.

The second halls in our top 10 located south of the river, Horton Halls sits 5.5 miles south-west of central London (40 minutes on public transport). If slightly far-flung relative to the centre of the city, Horton Halls is highly convenient for St. George’s students - just a 15 minute walk away from St. George’s campus.

Note: Tenancy lengths vary according to the length of a student’s academic year. St. George’s offers primary medical and healthcare courses, which often have longer academic years than other subjects.

Nutford House is the only intercollegiate halls of residence in our top 10. Located in central London, it is served by Edgware Road and Marble Arch tube stations, making it easy to commute to most campuses in London. Nutford House is a catered hall, providing breakfast and dinner every day.

Students in Wilson House can either opt to walk to ICL’s South Kensington Campus or take the underground; both journeys take around half an hour. The walk cuts straight through Hyde Park, perfect for those who appreciate London’s fantastic parklands. Wilson House is close to Edgware Road and Paddington underground stations, as well as Paddington rail station.

Student Hut users voted London the seventh best city in the UK to be a student. Find out which city was deemed the best in class.