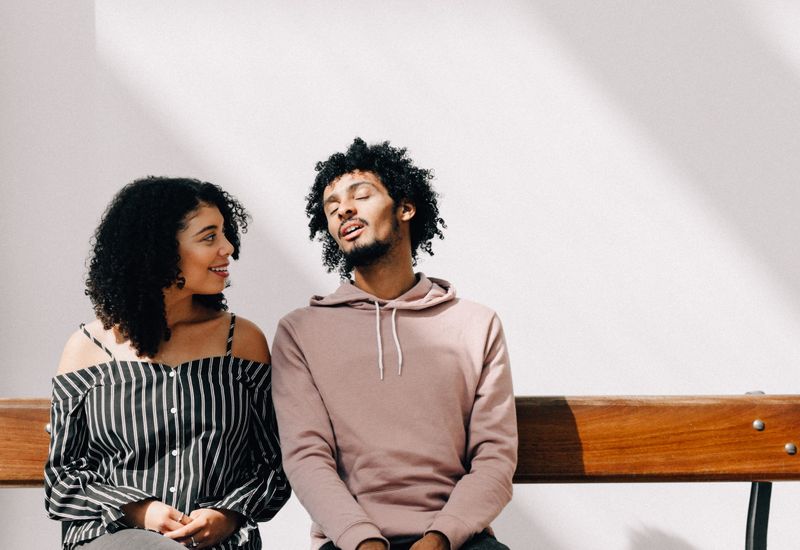 The thing people don’t tell you about uni is that for some of us, it’s not all fun and games.

Sure, loads of it will be – the freedom, the friends and the flirting; it all makes for a pretty great time.

But these things can also have the opposite effect and can take a real toll on our mental health. The newfound responsibility mixed with the worry of committing to a course and the anxiety of personal connections not happening... It’s enough to make anyone worry.

It’s thought that around one in four people will struggle with their mental health in their lifetime. So it makes sense that mental illness in students is a huge worry.

And it won’t always manifest in the same way. There is a range of symptoms to be aware of.

If your son or daughter is at uni and they’re starting to recluse into themselves but you’re living quite far away, it can be tricky to spot.

Especially if they haven’t made many social connections in their new home.

But there are plenty more to be aware of.

If your son or daughter is coming across more negative than usual, that could be a red light. If they’re less talkative and not making as much effort as they might usually, that’s likely a sign.

Feeling things are hopeless is a warning sign that they could be experiencing depression.

This can lead to a further broad range of symptoms, like self-blame, giving up on previous passions, and a loss of interest.

Being distant with calls and visits

Struggling to connect and getting monosyllabic answers to your questions?

Everyone gets homesick at uni. They just do. So if you’re experiencing a lack of communication from your child, it could be a sign.

And if they stop visiting home, then that might be a cause for concern as well. If you haven’t lived away from home before and don’t visit in the time after moving, that’s pretty telling.

Challenges with mental health can manifest in a vicious cycle of symptoms. This could start off with a lack of energy, turning into overwhelming tiredness, which can be one of the most difficult symptoms to overcome and leads to sleeping around the clock.

There have also been links made between mental health problems and insomnia. Obviously, this can impact the other and the lack of proper sleep can also lead to anxiety.

Weight loss or gain can be sure signs that something’s up. Likewise, deteriorating personal hygiene is a big clue that things aren’t as they should be. If you can, it might be a good call to check in with your child’s housemates or flatmates if this is a worry.

Obviously there’s going to be an amount of drinking going around at any given university. The key thing here is to look out for signs your child might be hitting it too hard, or experimenting with harder substances.

Perhaps they’ve taken to more regular drinking to cope with the increased stress of uni life, which is a dangerous way of trying to deal with things, as it can make mental health worse in the longer term.

So what can you do about it?

Many students are at their worst, mentally, towards the beginning of term or in the holidays if they’re alone. Around these times, share with them a few resources to remind them there are people out there that aren’t their parents that they can talk to.

Someone to talk to

There’s a fairly strong chance that your child might want to speak to someone that ‘gets it’. And that might not be you. Make your peace with it, quick, and suggest some resources.

Most universities have mental health advisers. You can do a bit of research into what your child’s university might have available on their website. Many will have practical support networks to students experiencing mental health difficulties.

There’s plenty of information on the Student Minds website or the NHS that could lead them to reach out to someone who could make a difference.

If they’re not ready for that, or if it’s simply not the kind of thing they’re looking for, there are plenty of apps on the market including Fika which could help. Some are free, some aren’t but all of them are designed to make things better for them.

If you’re seriously worried about your son or daughter and they’re not being forthcoming in telling you what’s going on with them, it might be time to drop by.

University can be a lonely place, so they might surprise you and come out of their shell a bit from seeing you. Sometimes you just need to see familiar faces and feel supported to be able to make a change.