The secrets of Guy Fawkes and Bonfire Night 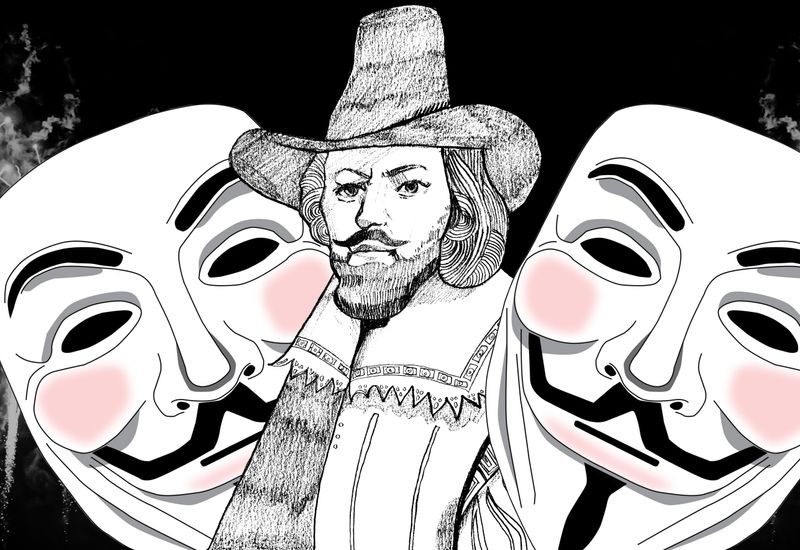 Bonfire night is nearing, time to uncover the truth about what really happened.

The infamous Guy Fawkes is a name everyone will have heard at some point in their lives, whether you know the whole history or just remember the name as the flames spark on Bonfire Night. And even more people will be familiar with the failed gunpowder plot and the significance it has in British history. We burn effigies of Guy Fawkes, and light bonfires and fireworks to celebrate, but what actually happened leading up to the failed plot to blow up parliament, and what were the motives behind it?

Who Was He And What Did He Try To Do?

Bonfire night falls on the 5th of November each year, commemorating the failed gunpowder plot of 1605. Although this notorious event is known by all, let’s refresh our memory before we delve into the motives leading up to the event. The gunpowder plot, to no surprise, was a ploy to blow up parliament with gunpowder, which included 13 conspirators.

All was going well until a Lord by the name of Monteagle received a letter stating “... shift of your attendance at this parliament of though there be no appearance of any stir yet I say they shall receive a terrible blow”- simplified, just saying some crazy explosion is about to go down, get out if you want to live.

The day the plot was meant to take place Guy Fawkes was found storing 36 barrels of gunpowder, enough to bring almost any building to rubble. The conspirators didn’t simply do this out of boredom. The reason for this attack was to set up a Roman Catholic regime in a very Protestant England. So religion was a big factor in the decisions leading up to the event.

The guards captured a man with the very original name “John Johnson”, who was later revealed as the Guy Fawkes we know of. Weirdly enough Guy Fawkes wasn’t even the leader of the whole plot, despite now being the best-known member of a massive part of English history.

The gunpowder plot was an attempt to re-establish Catholic supremacy. 1605 was a tense time between religion and politics, the earlier reformation definitely took its toll on people.

Was Guy Fawkes an anti-establishment hero or a failed terrorist?

A lot of people have asked the question of whether we can consider Guy Fawkes an anti-establishment hero or if he’s a failed terrorist. Let’s first look at the “failed terrorist” aspect of the debate. A big factor of terrorists is that they invoke terror amongst people, and whilst the gunpowder plot would’ve scared a lot of people its main intent was never to invoke terror but to change the person in power. Regardless of this, the conspirators are still viewed as terrorists, as they were willing to kill hundreds of innocents to get to one man.

The gunpowder plot was never about being anti-establishment as they hoped to put princes Elizabeth on the throne, who whilst Protestant was also young and “malleable” and could act as a somewhat puppet for the Catholics.

Guy Fawkes became glamorised in recent years through movies such as “V is for Vendetta” and the use of the mask in the well-known group “Anonymous”, making him seem like this anarchy, anti-establishment figure when in reality he still remains an extremist terrorist, whose religious beliefs led him to a failed terrorist attempt. So no, Guy Fawkes isn’t your anti-establishment hero, he didn’t want zero establishment just one that was more suited towards the repression of Catholics during the time.

A whole lot of torture happened after that for Guy, as he refused to confess who the other conspirators were, who escaped and ran, ironically ended up being badly blown up by their own gunpowder blinding and injuring the men, weakening them until death was inevitable.

Guy Fawkes was to be hung, drawn and quartered but managed to break his neck before the worst kind of torture could be unleashed on him. Now we celebrate this failed ploy every year with fire and effigies to remember the saving of the king's life.

What are your plans for Bonfire Night this year? Join our student panel and let us know. You'll get 1000 reward points for signing up.