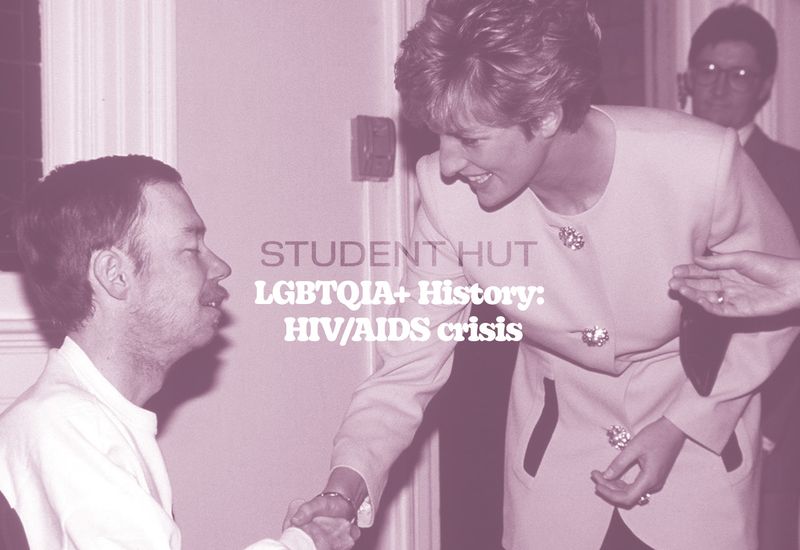 Pride is a time to celebrate the LGBTQ+ community and remember their struggles. Here, we break down the HIV crisis of the 80s.

While Pride Month comes with some great opportunities to celebrate and have fun, it’s also a time to remember the struggles of the LGBTQ+ community. This Pride Month we will be summarising key events in the history of the community, starting with the HIV/AIDS crisis of the 1980s. As a warning for those who need it, this article will cover some dark topics, including death and homophobia.

How did the HIV epidemic begin?

First diagnosed in 1981, the Human Immunodeficiency Virus (HIV) is a retrovirus that attacks the immune system, eventually leading to Acquired Immunodeficiency Syndrome (AIDS) if untreated. Sadly, treatments weren’t created until 15 years after the first diagnosis.

Due to the first diagnosed case and the wider epidemic in the West largely affecting gay men, AIDS was initially referred to as Gay-Related Immune Deficiency (GRID). This further contributed to the stigma that still lasts to this day and allowed people to incorrectly believe that only gay men could contract the illness.

Sex workers and those using drugs intravenously were among the other groups affected by the epidemic. This association with marginalised groups meant that there was little to no mass media coverage and it was largely met with political indifference.

How was the HIV crisis handled?

Margaret Thatcher, the Prime Minister at the time, had a shaky record when it came to LGBTQ+ rights. She introduced Section 28, a policy that had a lingering effect on the gay community, and initially voted against a series of public service announcements. These PSAs were designed to educate the public on the emerging illness. While some today criticise the scare tactics used, the campaign was effective.

From 1982 to 1985, very little was done to tackle the rising death toll of the disease. It was only after work from activists, usually those living with AIDS or their loved ones, that governments began to take notice and public attitudes shifted. Notable activists include Larry Kramer and Diamanda Galás.

Two key events are often cited as changing public opinion on the disease. The first was in 1987 when Princess Diana opened a dedicated ward for the treatment of HIV and shook one patient’s hand without wearing gloves. The second was in 1990 when Therese Frare’s photo of activist David Kirby on their deathbed was published in Life magazine.

What was the impact of the HIV/AIDS epidemic?

Due to many social, political and medical factors, there is an entire generation of gay men who are no longer with us. Those who are here today have been left with emotional scars from the loss during the crisis. If you’ve ever wondered why there don’t seem to be as many gay baby boomers as there are younger generations, this is why. But there is cause for optimism.

In 1996, the first treatment for the virus became available, leading to HIV not being the death sentence it used to be. Those infected with the virus can live normal life expectancies and reduce their risk of transmitting by having an undetectable viral load.

2012 saw the FDA, the US government branch that approves medicines, approve pre-exposure prophylaxis (PrEP) for use in preventing HIV infections. Since then governments and charities have organised programs for high-risk groups to obtain the drug for free. This has dramatically slashed the number of new infections in the last ten years.

What LGBTQ+ topics would you like us to cover in the future? Join our panel and let us know. You’ll get 1000 reward points for signing up.