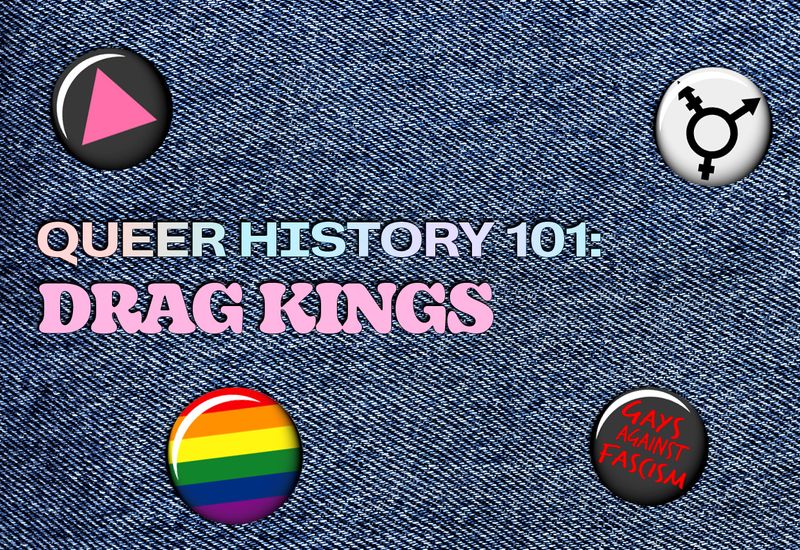 Part of the theatrical world for centuries, drag has now gained mainstream popularity. Let's look at the underrepresented world of drag kings.

You’ve definitely heard of Drag Queens and may have even been to a drag show or two. But what do you know about the women who lip-sync while dressed as men? Drag as a whole is so diverse that it’s a shame there aren’t as many mainstream successful Drag Kings as there are Queens.

In the early days of theatre, women were often prohibited from participating. This didn’t mean that there weren’t women in the plays, just that male actors often cross-dressed to play the parts. This dates all the way back to ancient Greece. There are even some modern theatre cultures like Kabuki and pantomime where men will play women.

In the early days of film, there were notable examples of female roles being played by men. The St Trinians movies are just one particular example of this. Eventually, drag performers developed their own culture and styles of performance, usually associated with lip-syncing.

There are important distinctions to be made between drag performers and trans identities. This mainly lies in that trans people live their lives as their gender, while drag is a performance that exaggerates gender characteristics.

From breeches roles to drag kings

Breeches' roles were parts where a woman would play a man on stage. These were for roles depicting young, adolescent men in musicals where adult men may not have had the vocal range to sound like the character. This has even continued to modern-day pantomime, in which women may play roles like Peter Pan.

The first recorded use of the term Drag King is from 1972. It has been traditionally used as an opposite of a Drag Queen i.e. a woman performing as a man. These performers will apply masculinising makeup, and may even bind their chests or pack socks into their underwear.

Historically, Drag Kings have been underrepresented in mainstream popular culture. While Drag Queens have enjoyed success since the 80s and 90s with names like Divine and RuPaul, there is very little honouring the other side of the coin.

It’s been a point of contention for many fans of RuPaul’s Drag Race that Drag Kings have never been included on the show. But, the Boulet Brothers’ Dragula has been open to any kind of drag performer, with Landon Cider, a Drag King, winning one of the seasons.

Do you think that drag kings deserve more representation on shows like Drag Race? Join our student panel and let us know. You’ll get 1000 reward points for signing up.