Multiplayer video games to get to know your uni flatmates 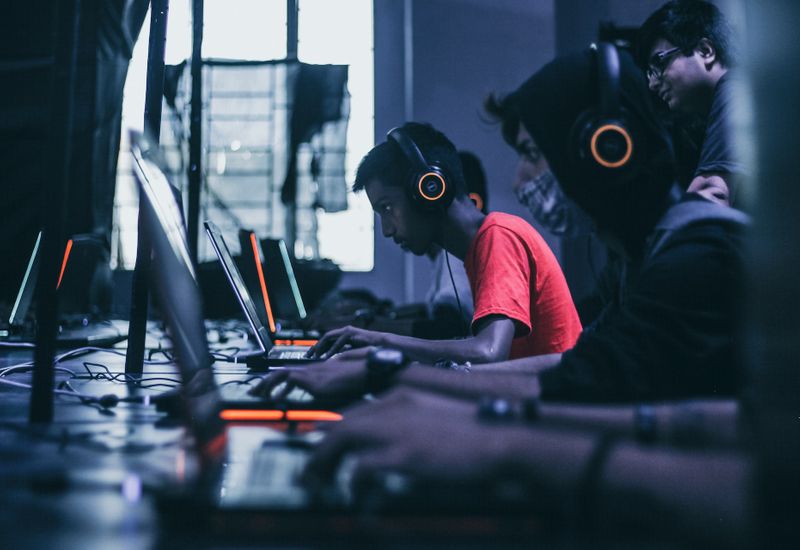 It can be nice to do something different to get know new housemates quickly. Why not try some gaming?

Nothing beats the feeling of hopping on your favourite game with some mates after a long, boring day of studying. Life is good. But sometimes finding the perfect game to play is the tricky part, so we made a list of our top multiplayer games to spare you and your mates some precious time.

Rainbow six siege is a combination of a first-person shooter and strategy, it involves a team of 5 whose objective is to either capture or protect an objective. Players have a few minutes at the beginning of each round to prepare (this involves setting up traps, hacking cameras, and finding hiding spots).

The round then begins and it is either won by capturing the objective or eliminating the other team. This is a very intense multiplayer game that requires focus and communication in order for your team to succeed.

Apex is a first-person shooter battle royale, teams can be trios, duos, or you can play solo. Players parachute onto a map and loot buildings in order to collect equipment (guns, shields, health kits) and the aim is to wipe out all the other teams. There is a storm that deals damage to players and gradually gets smaller, causing players to congregate in a tiny area at the end of the game which helps to shorten games.

Apex is unique because your character selection is important as each one has 3 unique abilities that can be used throughout the game and are extremely important for your play style. It’s a great game for when only a few mates are online.

Just Dance is criminally underrated. It’s an active feel-good game that anyone can play. Although online multiplayer is coming soon, it's a game you can play with friends in person and is great for a little bout of hilarious exercise.

To play, you copy the dance moves of the character on screen and you’re scored based on how accurately you dance. It’s tracked either by your controller (PS4 & Switch) or by Xbox Kinect (Xbox). It’s super easy, and is great after a couple of drinks!

Rocket League is a combination of football and cars. Players are in teams of 1,2,3, or 4 and are driving a car which is used to hit the football and move it. The objective of Rocket League is to try and score a goal into the opposition's net (it’s quite literally football but with cars).

There are of course fun gameplay mechanics like the cars being able to boost or climb the walls and ceiling of the arena. We love rocket league because it has a host of different game modes and is easy enough to learn, but over time you’ll just get better and better.

Overwatch 2 is another first-person shooter game in which two teams compete in a number of different game modes. Each player selects a character and, similar to Apex, each character has their own unique abilities. But Overwatch 2 goes a step further, giving each character a weapon only available to them.

Character selection is crucial, especially when you play games with your mates as each player has a role that they need to fulfil. Each playable character has different strengths and weaknesses in their role. So character selection needs to be in sync with your friends in order to maximise your chance of winning.

FIFA’s flagship multiplayer feature is the “Pro Clubs'' game mode in which you have a team of 11 and each person is responsible for controlling one of those players. It's basically like making a football team. You can then enter various tournaments and leagues and strive to win the top division.

As you progress, you'll level up and upgrade your players which gives the game a sense of purpose. Pro Clubs can lead to heated arguments and outbursts of anger but it can also be one of the most enjoyable games to play with a large group of mates (if you’re winning…)

What multiplayer games do you play? Join our panel and let us know. You’ll get 1000 reward points for signing up.