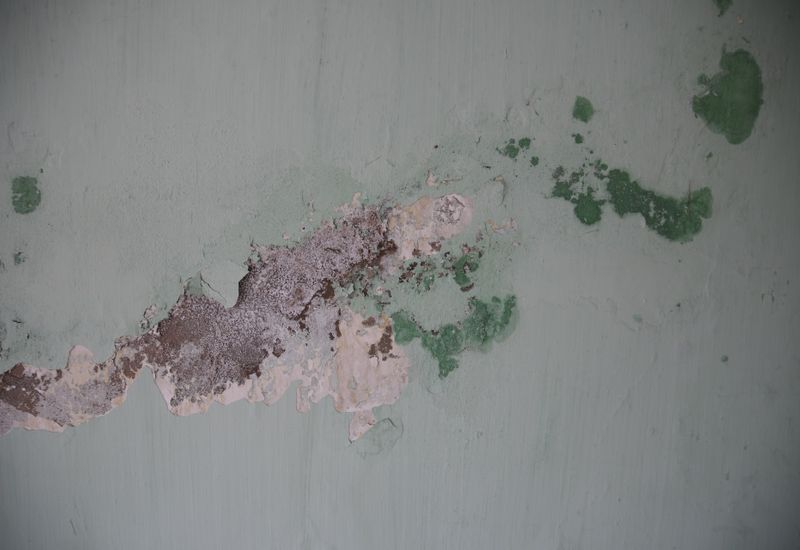 Cold weather encourages condensation and mould, learn how to clean black mould and other nightmares here.

The cause of many uni students' nightmares: mould. Let me paint you a picture, you're wandering in your uni accommodation, and oh gosh what is that, no it can’t be… it’s mould. You break out in a frantic panic, worrying about what to do. Now, that’s something nobody wants to go through, so here’s a guide on mould maintenance and how to get rid of it, to save you from any future worries.

How does mould form?

Mould is typically formed due to excess moisture in the air, and heavy condensation. It usually tends to grow on windowsills, walls and sometimes mirrors. The first thing you can do is reduce the amount of moisture in your house/accommodation. Dry any wet area immediately, open doors and windows, leave lids on pots when cooking, and repair any structural problems like pipe and leak issues.

The way you dry your laundry also plays a big part in the level of mould in your accommodation. Drying your clothes on a radiator is a big cause of most mould issues, it releases moisture and condensation into the air, mould's best friend. Alternatively, you can dry your clothes outside, if that isn’t an option for you, try drying your clothes inside with a window open and the door closed to allow the moisture to escape.

It also depends on the temperature of your home. If the walls get too cold, condensation can form, and you may get mould on the external walls in the upstairs bedrooms. Keeping your house at a consistently warm temperature may seem expensive now but will prevent damage to your soft furnishings and protect your health. It's either a bit added to your bills in the winter or a whole new wardrobe and set of bedding.

Mould is both a danger to your home and to your health depending on the extremity of it. Keep all surfaces and rooms clean as well as you can, and watch all your mould problems disappear.

What are the best mould removers?

Bleach or acid-based products tend to be the best as they kill the fungus causing the problem.

What can I use to clean mould from soft furnishings?

You may not want bleach stains on things like clothes, bags or curtains, so here are some alternatives that won't stain.

Most mould cleaners contain harmful chemicals, so it's important to stay as safe as you can when cleaning the mould. Here are a few precautions to take when cleaning :

You should also make your landlord or letting agent aware, as it can be a sign of a much more deep-seated problem that may need addressing.

Have you had any issues with mould in your student house? Join the Student Hut Community for access to paid surveys, which could get you the money to buy some of the cleaning products mentioned.