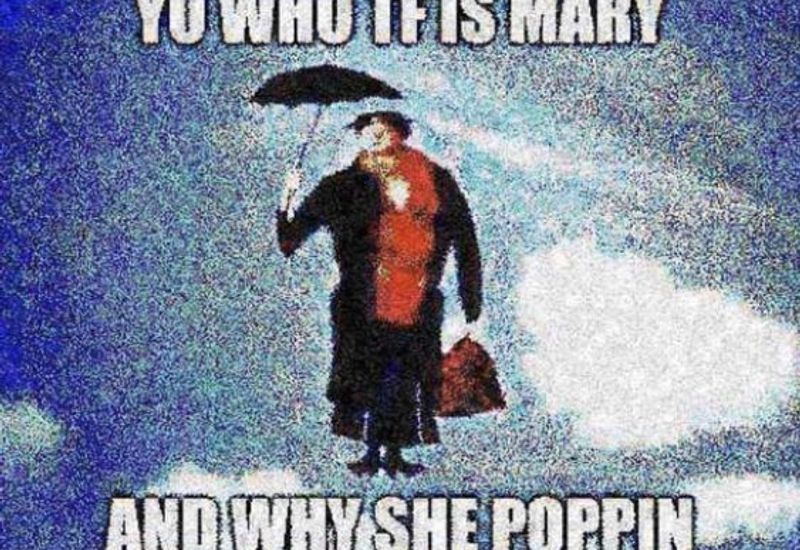 Internet culture often moves like white water rapids, so let’s take a moment to celebrate some of the best viral moments of the year so far.

My brother in Christ

Originally from memes re-captioned to remove the n-word, this phrase has now become part of the internet vernacular. Now you too can use it to express how obvious something is or your disdain for the previous commenter.

Courtesy of Know Your Meme

What are you listening to?

What started out as a genuinely cute trend of asking people with headphones what they were listening to, eventually got out of hand. As with many viral trends, it slowly divulged into the weirdest possible answers people could think of.

@..coolfactsz HE ACTUALLY HANDLED IT RIGHT THIS TIME LMAO 😭 #sesamestreet #fyp #fypシ #ArbysDiabloDare #CloseYourRings #foryoupage #goviral #goviraltiktok #elmo ♬ Use this when you get a breakup - ✨𝑒𝑜𝑜𝑜𝑤✨

Elmo and Rocko’s beef was another strong theme this year on TikTok. In fact, Elmo in general was hugely popular as a TikTok sound. Are you fed up with his voice yet? 🫠

You may have come across those types that seem to believe that their ability to read human emotions is a superpower. People across all the platforms decided to roast this type of person, with the occasional one still cropping up.

From the information I have gathered is this dog was homophic, until realizing that they were actually gay themselves, embracing gay people and themselves, after some research. What a glow up 😍! pic.twitter.com/dfbC0cf7sP

Ironically, a cute all-white dachshund owned by a gay couple became known for not being too fond of gay people. Whitney Chewston shot to fame with some great sideye at the gay community.

this was my multiverse of madness pic.twitter.com/knceq6xqgP

Whether it was your Multiverse of Madness or your Heartstopper, people were comparing two of the biggest hits of the year to older franchises. Sometimes the comparisons were tenuous or boiled both pieces down to clones and gays respectively, but gave a nose exhale nonetheless.

this was my heartstopper pic.twitter.com/JsNPiF2zJV

The American high school drama Euphoria comes with LGBTQ+ representation and some serious looks being served. But the question remains: how would the characters dress for a day at school?

he should be the principal of euphoria high school pic.twitter.com/iQMSp9blIk

What are your favourite viral trends of the year so far? Join our student panel and let us know. You’ll get 1000 reward points for signing up.