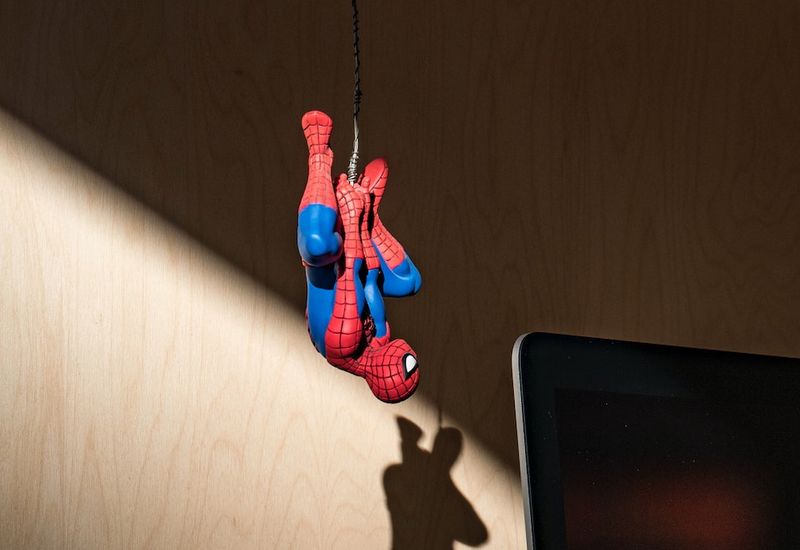 Whether you’re a lifelong comic book fan, or simply looking for an entertaining way to kill some time, then MCU films are probably one of the best ways to spend your lockdown sofa hours.

With that in mind, we’ve taken it upon ourselves to make a comprehensive worst-to-best list of MCU films. This isn’t necessarily a chronological order, but rather our thoughts on the quality of each entry into the mega-franchise. Enjoy!

Despite being one the first MCU films, Iron Man 2 was an early miss in the MCU catalogue. Cramming too many details into the runtime, it’s generally agreed to be the worst of the 20 plus film series. We’re just happy they didn’t pull the plug on the whole project.

Filled with some pretty corny semi-Shakespearean dialogue, Thor introduced us to the trippy Asgardian world, and it wasn't a terrible film. But it definitely wasn’t a good one.

It’s interesting to see Edward Norton’s take on the Hulk, and it does leave the audience wondering what could have been if he hadn’t been recast with Mark Ruffalo. Still, The Incredible Hulk just never felt like it was totally a part of the broader MCU.

Although marginally better than the first Thor film, The Dark World is still nothing to write home about. Although, if you’re interested in seeing your favourite Asgardian get the tube around London, this might be the one for you.

Starring Brie Larson and somewhat younger-looking Samuel L. Jackson, Captain Marvel is by no means a bad film, but just failed to live up to the hype surrounding the release.

A respectable follow-up to the first Avengers movie, Age of Ultron always felt as if it was trying its hardest to set up future MCU films rather than focusing on itself.

Ben Kingsley’s portrayal of the villainous Manadarin proved to be very controversial among fans, with a sizable amount deeming the character’s comedic treatment as near heresy.

Feeling like a standalone comedy just as much as an MCU movie, Ant-Man might not be as critically acclaimed as some of its peers, but it works as a great family film.

Much like the first Ant-Man film, the sequel proved to be a lighter and still enjoyable outing in a universe that was preparing for an impending full-scale war. Paul Rudd and Evangeline Lilly were also amazing, as usual.

The first Captain America film might not jump out as being as good as it’s sequels, however, it did have the impossible task of making the frankly ridiculous character of Steve Rogers as appealing to modern audiences as possible. And, for the most part, it worked.

A sort of epilogue to the entire Infinity Saga of films, Spider-Man: Far From Home is a charming film, even if it did fall a little short of some fans expectations. Also, Jake Gyllenhaal.

Another fine entry in the series, Guardians Vol. 2 provided some of the great laughs and deep space weirdness we were all looking forward to, yet failed to present anything entirely original.

Easily one of the most-hyped entries in this entire series of films, after getting a short glimpse of Spider-Man in Civil War we were finally treated to a standalone film the following year. Finally delivering a comic-accurate version of Peter Parker, seeing Spidey in his rightful place in the Marvel world is definitely a treat.

The film that started it all, the first MCU entry still holds its own as one of the better pictures in the franchise. Taking a character that was previously little-known outside of the comic book world, Robert Downey Jr. and John Favreau kick started a franchise that would change the blockbuster landscape for years to come.

This was really the film which demonstrated the shared-universe vision that Marvel Studios was creating could be wildly successful. A cinematic event, this is an entry which can’t be skipped.

The first spacefaring adventure in the Marvel Cinematic Universe, join Star-Lord and the gang as they get up to some interstellar hijinks.

It seems like 2014 was the year Marvel Studios really got its act together. The Winter Soldier is a great example of this, and at the time was head and shoulders the best MCU film to date.

After years of teasing, in Infinity War Josh Brolin’s big bad Thanos finally made his debut appearance. Definitely not a casual watch, be prepared for emotional highs and lows, as well as epic battles to boot.

The culmination of over ten years of films, Endgame sees the whole Avengers crew attempt to defeat Thanos once and for all. It was a while coming, but for most of us it was well worth the wait.

As much a cultural event as a movie, Black Panther saw our protagonist T’Challa take on menacing Killmonger (Micheal B. Jordan) in a milestone for black representation on the big screen. Plus, Andy Serkis was hilarious.

It may have taken several years, but in 2017 Taika Waititi finally got Thor right. Featuring a cast of colourful characters as well as a sizable Hulk supporting role, this film remains top-tier in the MCU.

The high-stakes final Captain America film is still a favourite among many fans. Taking inspiration from the 2007 comic series of the same name, watch Chris Evans and Robert Downey Jr. duke it out on the big screen.

Do you disagree with our list? Tweet us @studenthutuk to let us know what your favourite MCU film is!