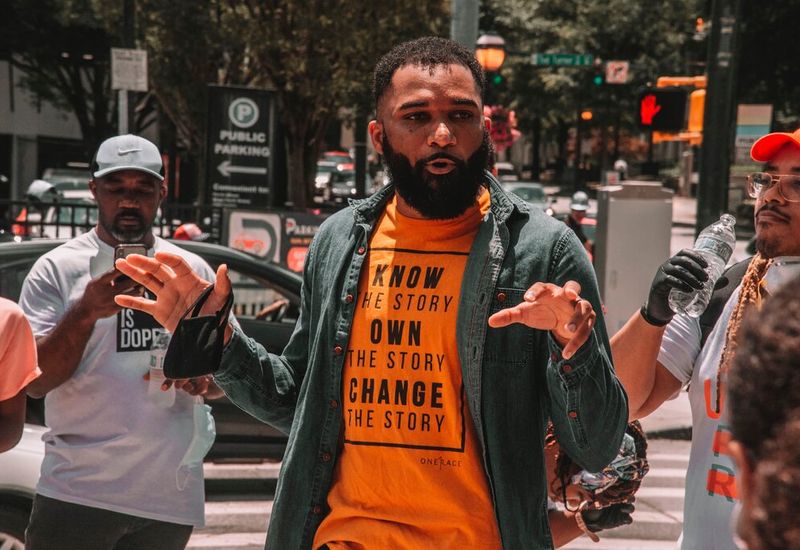 This year's Black History Month has come about during a time when racial inequality is at the forefront of the national conversation. This piece contains resources to help you become a better ally.

This October marks the 33rd Black History Month in Britain’s history. While the month has been celebrated here for more than a generation, this year’s event feels somewhat more relevant, in light of this year’s events. With racial inequality under the spotlight yet again, this month is about more than offering passive support for the Black community.

We all have a responsibility to educate ourselves and contribute towards disassembling a system that has disadvantaged the entire Black community for centuries. After the shocking death of George Floyd, we saw Instagram users posting black screens to their feeds en masse in an apparent display of solidarity. However, in subsequent weeks this came to be seen as an empty gesture, with many users doing little to address the issues further.

If you wish to make yourself a legitimate ally, it is not sufficient to simply ‘not be racist’; you must be actively anti-racist and take a proactive approach towards educating yourself and others on the offensive behaviour and micro-aggressions that are still very much prevalent in our unequal society. All lives will fail to matter until Black Lives Matter.

There are many resources out there that offer deeper insight into the history of the Black community, as well as the struggles they face. To get you started, here are some easily accessible books and documentaries to help you to better understand structural inequalities and become a more proactive ally to the Black community:

1. James Baldwin: The Fire Next Time

“This is your home, my friend, do not be driven from it; great men have done great things here, and will again, and we can make America what America must become.”

Originally drafted as a letter to his nephew, The Fire Next Time consists of two James Baldwin essays detailing his experiences as a Black, homosexual man in the 1950s, and the struggles he faced within this challenging climate. The second essay makes for a particularly eye-opening read that transcends beyond identity politics, and details his interactions with Malcolm X, Martin Luther King and the other Black revolutionaries of this time.

2. Akala: Natives: Race and Class in the Ruins of Empire

Akala’s highly insightful read breaks down the modern forms of racism that are prevalent within British society. The rapper, journalist and activist summarises Britain’s recent racist history, from the shooting of Mark Duggan to the police force’s excessive rates of stop and searches and racial profiling. He contests the notion that racism ‘no longer exists’ and points out that, contrary to popular belief, it is not as covert in nature as people think.

Angela Davis is one of the most prominent Black activists in the world, and a leading commentator when it comes to the topic of intersectional feminism. In this lecture, she argues how feminism needs to become more inclusive to support people of all identities. She defines herself as a ‘Black revolutionist’ and further critiques ‘glass ceiling feminism’ as exclusively catering towards White women, whilst excluding and marginalising the less privileged within society. This talk is an extremely insightful and educational watch.

This Netflix documentary directed by the brilliant Ava DuVernay explores how the implementation of the 13th Amendment to abolish slavery in fact just created a loophole that disadvantages the American prison population, in which Black males are overrepresented. This is conducted through means of disenfranchisement, a grossly unjust “three strikes” rule, and unpaid, extortionate prison labour that is tantamount to indentured servitude. An in-depth review of 13th can be found here.

Be it through signing petitions, using your voice to speak up, or actively researching literature on Black activism, the most important thing to remember is that you can make a positive impact when it comes to these important issues. Black History Month celebrates the creative, intellectual and pioneering contributions of Black people, but it also acknowledges the obstacles that have to be overcome to reach a point in society where these successes are recognised and held in the esteem that they should always have been.

Which activists inspire you? Join our panel today and let us know - you’ll get a free £10 Amazon voucher when you sign up.