How To Enjoy Fresher's If You Don't Drink 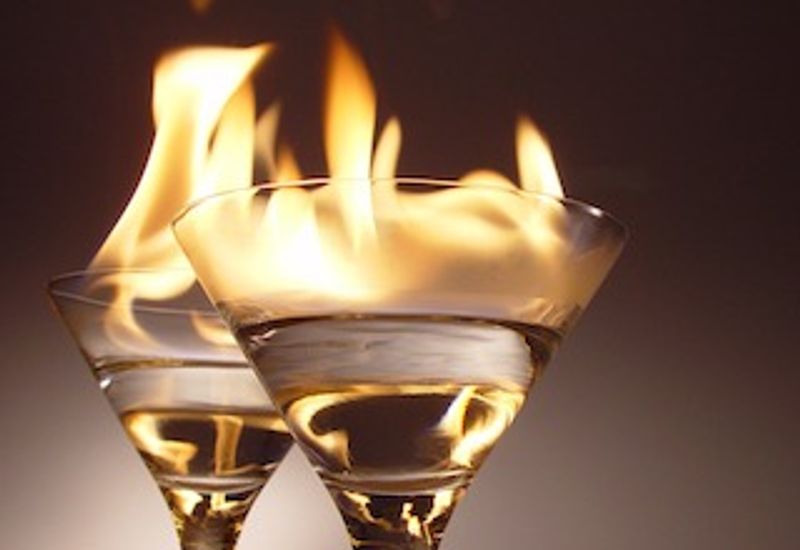 Teetotal? Infrequent drinker? Alcohol-lover who would like to understand non-drinkers? We've got you covered through the tricky, shot-filled world of fresher's week.

According to a 2013 study, one in five adults in the UK are now teetotal, with young adults aged between sixteen and twenty-four leading the way. Theoretically, that means that about 20% of this year’s freshers intake could be non-drinkers, or only have the occasional tipple on special occasions. Religion, culture and medical conditions might be strong factors when a student decides not to drink, and with the rise of healthy lifestyle and fitness trends more and more people are turning their backs on binge culture. And some just aren’t fans of feeling tipsy!

But most of the stories that new students hear about socialising at university revolve around the consumption of alcohol - from big club nights to society initiations, wild house parties and punishing drinking games. So how are teetotal or moderate drinkers supposed to navigate their way through the alcoholic fog of fresher’s week, without feeling like the odd one out?

Whether students are non-drinkers for religious or health reasons - or just because they aren’t big fans of that wobbly, tipsy feeling - student unions have started to realise that providing alternative options for teetotallers is a great idea. Many universities now run fresher’s events that are alcohol free. Queen Mary, University of London has a Graffiti Workshop, The University of Aberdeen runs a Jazz and Coffee night, with paninis (for some reason lots of their events have some sort of panini involvement), Cardiff University have a Welsh Cake Making event and Exeter University hold Board Game nights in halls and have a Clay Pigeon Shooting Society Event. That’s food, jazz, art and guns. And the latter is definitely not improved by a couple of glasses of red wine.

The next option is to find a society of non-drinkers. The University of York has a Non-Drinker’s Society, as does Kent and Reading, which aim to de-stigmatise tee-totallers whilst providing fun events. If religion plays a big factor in your life, you could see if your university has a matching society. Nottingham University has an Islamic Society, a Buddhist Society, and a Christian Union Society, and whilst not all religions promote abstaining from alcohol, they tend not to actively promote getting completely trashed, so you’re quite likely to find other moderate or non-drinkers.

Failing that, start up your own society! With an awesome pun-tastic name like the ‘Tea-Totallers Soc’ (you can have that one for free), and use student forums, Twitter, Facebook, posters, flyers around halls, anything you can get your hands on to find people interested in joining up. There’s a chance other students in similar situations will be harder to spot than the boozy, ten-shots-of-tequila-as-pre-drinks-student, but they do exist!

Finally, never be afraid to be yourself. Feel free to say that you don’t drink, and if people ask why remember it’s fine to say ‘I just don’t’ - you don’t owe anyone an explanation unless you want to give one! You can still play drinking games with coke, or energy drinks, or even water, and just THINK how much money you’ll be saving! Also, you’ll be able to remember the names and faces of everyone you meet, you won’t end up in A&E after trying to climb one of the lions at Trafalgar Square or ride down the high street in a wheelie bin, and you’ll STILL get to chow down on that fry-up the next day, curled up on the sofa with all your new friends.

And last but not least, always remember:

Especially when they’re hanging their heads over the toilet bowl the next morning, but you feel just dandy.