Whether you love them or think they are a bit disgusting, student drinking games are unavoidable. For many, a night out wouldn't start without them! But which game is the king of the drinking games?

Drinking games have become part and parcel of the ‘pre-drink’ at uni. They’ve often caused controversy and some have probably gone too far. However, most games are good-natured fun and are a great addition to nights out. I think this should be celebrated. From the classic Ring of Fire to Shot Roulette, students everywhere can’t get enough of them.

Here at In The Hut we wanted to know what the best drinking games are. So naturally we asked lots of students and gave a fair few a go ourselves. We know we couldn’t possibly try every single one, but here’s our best effort of a top 5.

• Grab some drink, a cup and a pack of cards.

Yes it’s fairly disgusting. And yes I know, you could get freshers’ flu. But if you like a stupidly good drinking game that can escalate quickly, it’s the one for you. It’s simple to play and it’s fun watching an ‘arrogant’ friend downing a filthy concoction. Not so fun if you get it yourself!

4) Never Have I Ever

What a great way to get to know all your mates’ naughty little secrets. The beauty of this game is that it works in a big group and it keeps everyone involved and, depending on how ‘adventurous’ you are, drinking. It can get a little stale after a while as people run out of topics. But before you reach that point, it’s fantastic entertainment and a great way to get to know far too much about your friends. 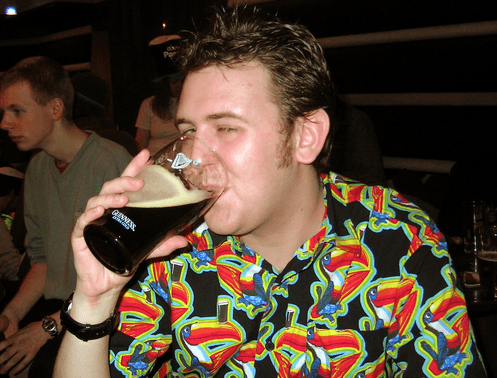 But what actually makes this game better than 21 and warrant a place in our top five is twofold.

Firstly, it’s just a bit more interactive and boisterous. Secondly, the call of ‘radio check’ - Let’s face it, after a few, having a little sing-song is exactly what’s needed!

For sheer entertainment value this would be number one! The thrills, the spills and the ‘them vs. us mentality’ makes this game unique. It is difficult to comprehend how throwing a ping-pong ball into a cup can be so exciting! Yet when you’ve had a few to drink, aiming to sink the ball in your opponents’ last cup, it feels like the most exciting thing in the world!

However, you need lots of equipment compared to most games, plus lots of space. But if you’ve for the kit, what better way to start a night? 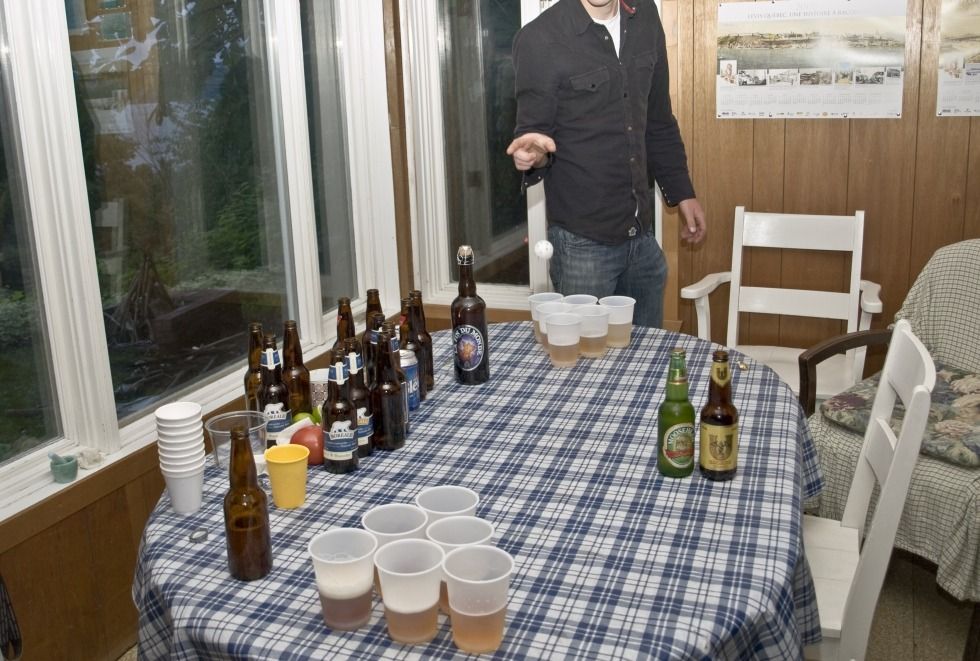 Above: Beers, terrible furniture and an apple - ready for Beer-Pong.

I know it’s old and will have been played to death by the end of your first year. However, it’s the King of Uni drinking games and no other comes close to its supremacy. There are so many variations of this game and whichever University you go to, you can “make the game your own” (Yes I know, I should be an X-Factor judge)! 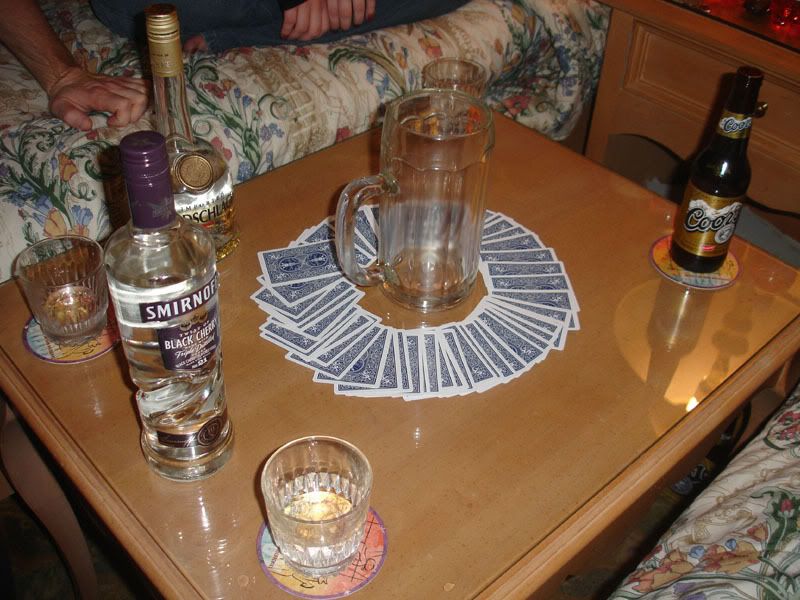 Above: Alcohol, cards and a King's cup. Ring Of Fire time!!

Commiserations to our unlucky drinking games which just missed out on our final five: Good Day Bruce, F*** the Dealer and the Horse Racing Game.

Remember to have fun and drink responsibly kids!

Have we missed any of your favourite games off the list? Let us know in the comments section below!

lIKED THIS ARTICLE? cHECK OUT 10 TYPES OF DRUNK YOU'LL MEET AT uNI OR THE 10 STUDENTS YOU MEET AT EVERY PRE-DRINKS!