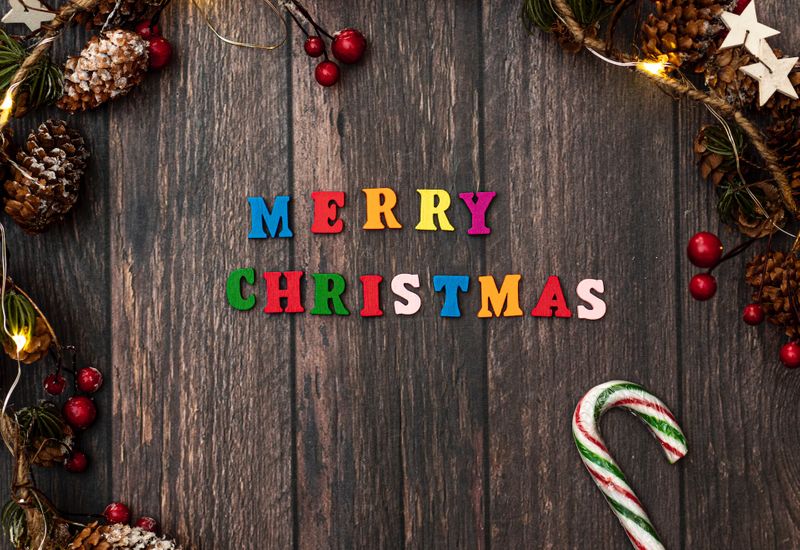 Recently, we asked you to tell us about your favourite things about Christmas and make some dire festive choices.

We asked you to make some rather disturbing choices about how to celebrate Christmas. First up, forget a roast dinner for Christmas, over 50% of you have a 3kg bag of pasta to get through! The first choice was between receiving a Lynx gift set or a 3-kilo bag of pasta and a large portion of you opted for the pasta. One is certainly gonna get more use.

Our panel was then asked whether they’d rather chug a pint of gravy, cranberry sauce, or mint sauce. 70% opted for the gravy. We wonder how enthusiastically they chose that option…

Now for the big one. Would you rather spend Christmas with Matt Hancock, Piers Morgan, or alone? We’re totally pretending to be shocked that the majority of respondents said they’d rather spend it alone.

It’s also worth noting that Piers was more popular than Matt, with almost twice as many people spending Christmas with him as the former MP.

The festive season comes with its own films, music, and chocolates, but which of each are the most popular? We’ll take you through your top picks for films, chocolate boxes, and Xmas tunes.

Coming in at fifth place is The Holiday, a fish-out-of-water tale of two women who basically swap lives for the holidays. Solid choice. Next up is The Grinch. Jim Carrey in a ridiculous green suit provides one of the best villain songs in existence, what’s not to love?

The bronze medal goes to Love Actually. Continuing the trend of popular holiday rom-coms, this interconnected tale takes the viewer on an emotional rollercoaster. The runner-up is Elf. Heartwarming in every sense, the world could do with being a little more like Buddy.

And top of the list is Home Alone. What’s more representative of the holiday season than the absolute joyous chaos of Kevin McAllister’s antics?

Next on the agenda is chocolate boxes. When asked which of the popular treat boxes you’d rather eat in one sitting, Celebrations came out on top with 37% of the vote. Heroes came in a very close second with 36%, followed by Quality Street with 18%, and poor old Roses only got 9% of the vote. What did they do wrong?

And finally Christmas songs. You know, the ones you get sick of hearing in shops and pubs.

Fifth place is Shakin’ Stevens’ classic “Merry Christmas Everyone”. If you fancy a look into the past, check the video out.

Fourth is Jingle Bell Rock, which we instantly associate with the literal thigh-slap moment from Mean Girls. Nothing more to say really.

In third is the controversial Fairytale of New York. Watch those older family members as they gleefully sing the slur.

The silver medal goes to Last Christmas, surprising given that a tradition has evolved in recent years where people purposely try to avoid it.

And finally, the now defrosted queen of Christmas herself, Mariah Carey, takes the top spot with All I Want For Christmas. As she should 💅✨

The dream gifts according to our panel started with a house. I’m not sure Santa’s elves are qualified construction workers.

Next in line, in fourth place, was a car. Who makes better cars, Elon Musk or Father Christmas?

Gadgets like iPhones, Macs, and SmartWatches take third place. Not the most surprising in this list at all.

Money comes in second place. Go on Santa, get that counterfeiter going, there’s a cost of living crisis.

Before we tell you the winner, there are some honourable mentions. Prizes for uniqueness go to the people who asked for a 00 gauge train set, a fridge freezer, and a Dyson Airwrap.

At the top of the list is something that sounds amazing right now: a holiday. While you’ve got the counterfeiter going, think you can print us a plane ticket or two?

Now we turn to what you said would be your nightmare gifts.

At number 5 we have Lynx Africa, something that will inevitably make its way into your stocking. We get it, you think we stink.

In fourth place was nothing at all. I guess this says a lot about the things that come ahead of this option.

Bronze goes to chocolate surprisingly. Do we really need to add more to the already indulgent holiday cuisine?

Runner-up in this instance is the classic naughty list present of coal. At least there’ll be plenty of it given the government's controversial decision to open a new mine.

We also have another set of honourable mentions from the imaginative answers given. The aforementioned giant tub of mayonnaise, a tin of sweetcorn, the Tory party, and anything grandma gets you. Sorry grandma.

The top spot goes to clothes you didn’t ask for. I can picture it now: you force a smile and a thank you as you unwrap a bootleg Pickle Rick t-shirt…

Want to take part in surveys like this one? Join the Student Hut Opinion Panel and you too could influence future statistics. You’ll also get 1000 reward points for signing up.