Feel good films for a movie night in with new flatmates 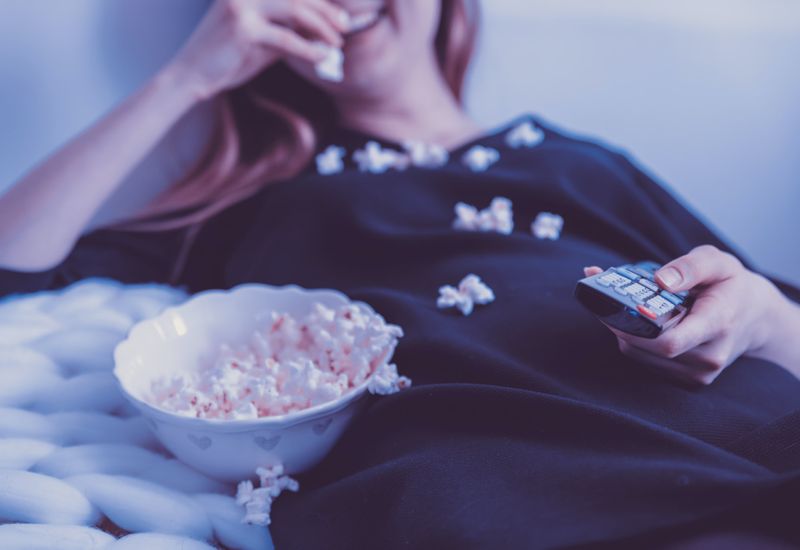 Movie nights are great for cosy evenings with friends. Get to know your new flatmates with these modern classics.

It’s time to spend some quality time with your new flatmates. Grab some popcorn, and a fluffy blanket to relax on the sofa watching movies like Mamma Mia together!

For the most relaxing movie night in ideas, here are the best cosy movies to watch after the year 2000!

This comedy is about a pot dealer who travels to Mexico in an attempt to move a shipment of weed there from the US. He forms a fake family to carry this out which creates an interesting dynamic. This hilarious movie stars Jennifer Anniston and Emma Roberts who play their roles magnificently. You even have the chance to laugh with your friends over the hilarious bloopers montage added to the end of the movie!

You can’t miss out on the modern classic Mamma Mia! The daughter of a single mother secretly invites three of her mum's ex-lovers to the hotel she owns on a Greek Island. She hopes to find her biological father by doing this. The well-known ABBA soundtrack in the movie is hard not to sing along to.

Perhaps warn other flats when Dancing Queen comes on! Afterwards, why not watch the popular recent 2018 sequel ‘Mamma Mia! Here we go again!’

Disney Pixar movies are perfect for hungover mornings. This excellent animated movie is full of humour with important life messages. It's about the beloved Mike and Sully from Monsters Inc who went to university together where their relationship had a rocky start.

The movie has a great message in that it doesn’t matter if you don’t fit in straight away, you’ll find your people eventually. This could resonate with many new university students who may be struggling to find new friend groups.

Arguably one of the most quotable movies of all time. Cady Heron joins a new school in America after spending her childhood being home-schooled in Africa. She becomes associated with the plastics – a cliquey ‘popular’ girl group. Things start to go downhill when Cady falls for the ex-boyfriend of the main plastic – Regina George. It’s full of hilarious one-liners.

Why not have a flat Wednesday Mean Girls movie night, with everyone wearing something pink?

A movie about a loveable Peruvian bear who is lost at Paddington station in London when looking for a new home. It’s at the station he meets the kind Brown family who take him in. Paddington is a great feel good movie, full of cuteness and you’ll want to protect the young bear at all costs. Watch this with your flat whilst enjoying a marmalade sandwich – Paddington’s favourite snack!

After a chaotic bachelor's night, three friends have to retrace their steps and try to figure out what went down. The clock is ticking to find the groom Doug before his church service starts. All this thinking needs to be done whilst horribly hungover. This is a perfect comedy to watch with your hungover flatmates one morning.

You could even do a movie marathon with your new friends and watch Hangover Part II and III in the same sitting!

Everyone loves this ultimate rom-com, starring Hugh Grant among many other huge names. Follow the story of different people falling in and out of love during the festive season. This doesn’t just need to be a Christmas movie – it can definitely be enjoyed all year round.

You just have to show your flatmates this quirky film directed by award-winning Edgar Wright. Michael Cera stars as the hilarious wannabe Rockstar Scott Pilgrim who falls in love with Ramona Flowers. Scott must defeat the delivery girl’s ‘7 evil exes’ in order to be with her. You’ll struggle to catch your breath during this fast-paced rollercoaster of a movie!

What are some of your favourite comfort movies? Join our student panel and let us know. You’ll get 1000 reward points for signing up.