Drinking games to enjoy with your new housemates 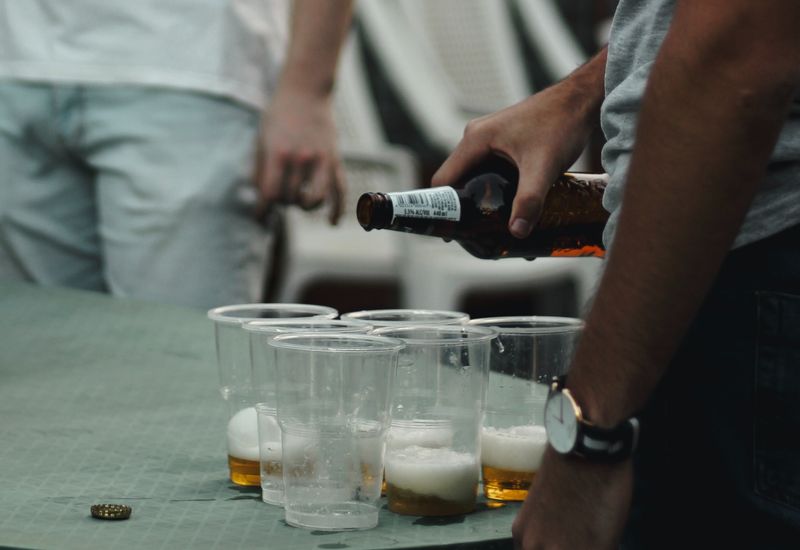 Freshers’ as we know it might be off the cards this year, but that doesn’t mean you and your new mates shouldn’t be able to have fun in your new social bubbles.

Drinking games are a great way to break the ice and there are loads of them out there. Here are some classics to help you and your new buddies ensure that the first few weeks of uni go by in a happy blur:

This drinking game has been the source of many a hangover for young British students over the years. It’s a pretty simple one to set up too; all you need is booze and a pack of cards and then you’re all set.

*Student Hut does not endorse the consumption of said beverage.

British students have nicked this game from across the pond, meaning you’re now likely to see people playing it at rugby initiations and frat parties alike. The rules are simple, although the game itself can be fairly tricky, particularly when you’ve already had a few drinks:

This is probably the easiest game to organise of the lot. Get your group in a circle and count up from one. Each person can say up to three numbers, counting along from the last person (e.g. if the last number before you was seven, you could pick any number between eight and ten for your round). The unlucky person who gets stuck with the number 21 has to take a drink and then you all start again.

There are plenty of other drinking games out there, many of which you’ll invariably discover throughout your time at university. These ones will all go down a treat during freshers’ (even if the drinks don’t), so give them a go if you’re at a loose end during the first few weeks. Just remember to drink responsibly!

Do you know any other fun drinking games that you’d like to share? Join our panel and let us know today; you’ll get a free £10 Amazon voucher when you sign up!