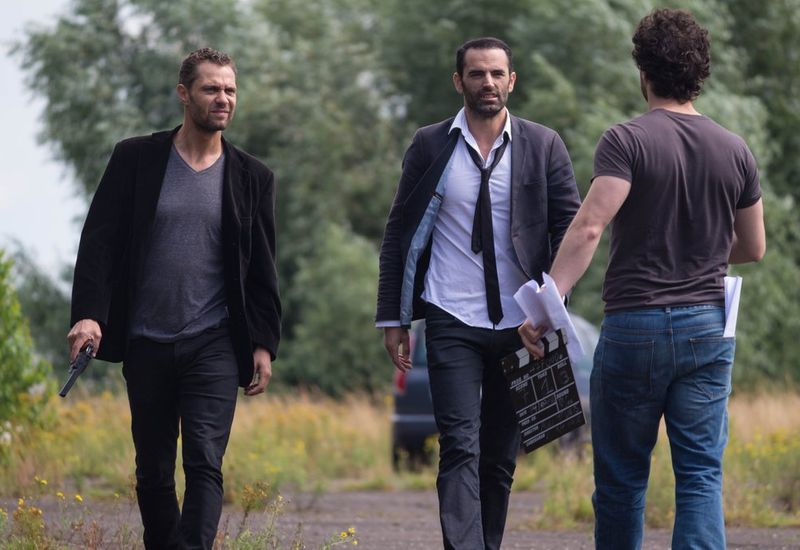 Part two of our Dream Jobs series focuses on a profession that is more accessible than you may think...

In the second of our series on dream jobs, we speak to Peter, an actor, for career inspiration. If you’ve got the skills and the confidence, moving into professional acting could be the path for you. So, does the reality match up to the dream?

Meet Peter Hoggart, a full-time actor and our latest interviewee:

Tell us about a typical day in your job

A typical day totally varies. Sometimes I work in my agency office (it’s a cooperative with other actors). Sometimes I’m doing a commercial casting or a theatre audition. Sometimes learning lines for auditions. Sometimes filming a self-tape. Or on-set filming or in a rehearsal room for a play. Or performing!

What made you want to get into acting?

I really enjoyed youth and amateur theatre but didn't realise that it was a career option until someone told me I was good enough. The dream was always to make a living out of something that I really enjoyed.

How did you get into acting?

I did a school play in secondary school and had a very small part, but I made people laugh and that gave me a big buzz. I then enrolled in a weekly youth theatre group and joined my local amateur theatre. I applied for drama school and was rejected many, many times, but eventually did a foundation year at E15 Acting School which was brilliant, and then went on to Bristol Old Vic for their two-year course. From there I managed to get a theatre job which led to getting an agent.

What’s the biggest misconception people have about acting?

That there's money in it. Because we only really see actors on TV, it's not immediately obvious to the general public that this only shows about 5% of the actors that exist. Also that we are doing it for fame. Actors act because they enjoy the process.

What was your dream job when you were 16?

I didn't think being an actor was possible, and I didn't know what I wanted to do. I still don't. I just did what I enjoyed.

It was fast, busy and relentless. I rarely had enough energy to party, but occasionally managed to get to the pub. Our day started at 8.45am for a physical warm up, then we had classes; acting, dance, singing, voice, stage combat, until 6pm. Then there would always be something that I had to learn or practice for the next day. At the weekend I usually worked in a local pub - sometimes on both days. I've never been more knackered.

What advice would you give to someone who wants to be an actor?

That it is possible to make a living acting, but it takes a great deal of energy, perseverance and (some) ability - you can improve but it takes constant self-assessment and honesty. Always be generous and nice to everyone you work with. The vast majority of actors have a day-job so training first in something that you enjoy and pays well is a great idea. I have a friend with regular TV work who is a personal trainer for example.

Has the pandemic affected your career plans or prospects in any way? Join our panel today and let us know. You'll get a £10 Amazon voucher when you sign up!