Countering Culture: The reanimation of Goth 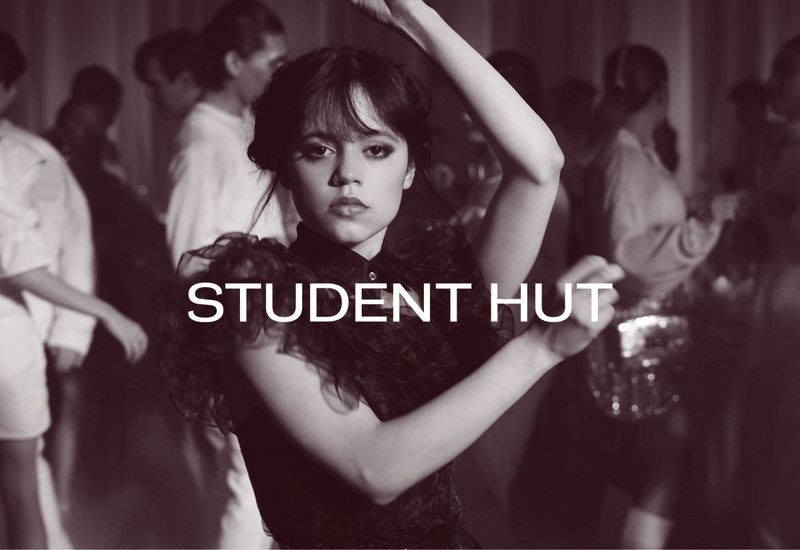 Jenna Ortega in Wednesday is the new cultural blueprint. Here’s your intro to everything Goth.

If you’ve been online anytime in the last couple of weeks (which of course you have), you’ll have noticed your fyp/timeline/feed/whatever getting a bit…darker. More sullen. Not quite sad exactly but definitely disaffected and aloof. That’s because, thanks to Netflix’s Wednesday, Goth is back.

Jenna Ortega’s depiction of Wednesday Addams has breathed new life into the subculture; introducing the style, aesthetic and culture to a generation of people who possibly only know Goths from CeX.

But how did we get from a niche off-shoot from the 70s punk movement to a Wednesday Addams TikTok dance? Strap on your best Kubrick Stare and let’s get weird 💀

Speaking of the dance trend, perhaps music is a good place to start. The Goth movement began in the UK in the early 80s, taking the anger of early punk to a place of nihilism and cynicism. Why bother tearing down society when nothing matters anyway?

But as early Goth acts like Siouxsie and the Banshees, Bauhaus and Echo & the Bunnymen proved, nihilism can also be romantic. When nothing matters you’re free to truly live, to truly be yourself, beyond the limits of societal expectations.

Technically, there’s not really a Goth genre, more a series of subgenres that include the likes of Darkwave, Death Rock and Etheralwave. The sound differs but the themes of the macabre, love, life and death, and the supernatural are a constant.

The song in the now-famous dance scene is by a band called The Cramps, who belong to the Psychobilly subgenre (basically just Goth if it grew up under the frenetic California sun, rather than drizzly English brutalism).

Goth’s effect on music can still be felt today, inspiring new artists, being sampled in contemporary tracks and inspiring new generations of youth to jerk around inhumanely like they’re back in the 80s dancing in The Batcave. Speaking of…

The fashion most associated with the English Goth movement became popular in London-based nightclub, The Batcave (see what we did there). At the time the Batcave uniform was spikes, leather, mesh, a fuck-tonne of hairspray and a great deal of makeup, but dig a little deeper and the look is as varied as the sound.

There are more offshoots of Goth fashion than you can shake a cemetery at, such as

New Romantics, Cybergoth, Mall Goth, Corp and more. Although some of these seem vastly different, the ideals of self-expression, creativity and individuality are always at the forefront.

In modern day, the Goth look has been a massive inspiration to fashion brands looking for a bit of edge. Off the catwalk, Goth has blended with internet culture, creating movements such as Health Goth and spawning the unique look of rappers like Trippie Redd, Lil Peep and Lil Uzi Vert.

As you can imagine, the Gothic aesthetic translates beautifully to film. If you’ve enjoyed Wednesday and want to stay in the shadows for a little while longer check out these classics of Gothic cinema;

Nosferatu - this shit was made 100 years ago! With a remake just around the corner in 2023 now’s the time to check out the blueprint for Gothic cinema.

Blade - vampires again sorry, these ones are a bit more modern though and way more into techno. One of the OG Marvel movies, this is 90’s Goth at its peak.

The VVitch - Wouldst thou like to live deliciously? That’ll be a way cooler reference once you’ve watched this Gothic tale of Cottagecore gone wrong.

A Nightmare Before Christmas - ‘tis the season.

Did you enjoy Wednesday? And what do you think of the Goth subculture? Join the Student Hut Opinion Panel and let us know.