Catching up with the world's youngest feature film director 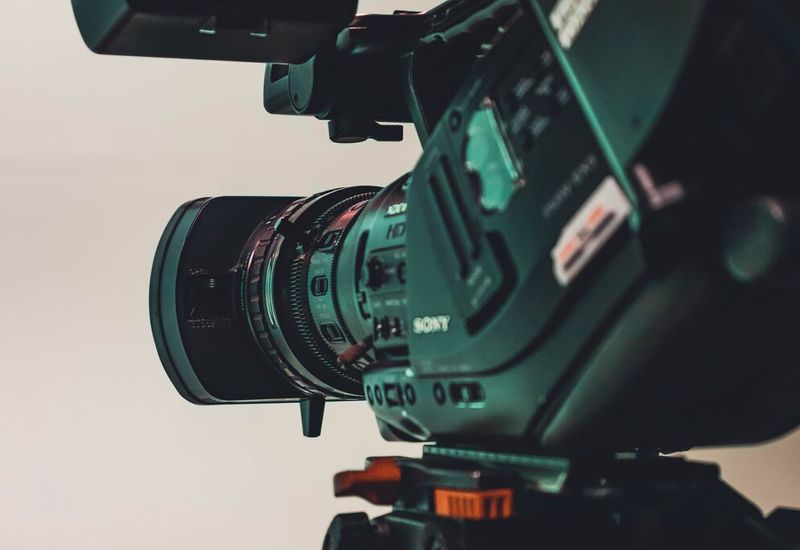 Having made his cinematic debut in his mid-teens, Elliott is a student who's already accomplished a lot. We caught up with him to find out what makes him tick.

Elliott Hasler isn’t your average student. The History undergraduate has been making waves in the world of film ever since he became the youngest person ever to direct a feature film, doing so at the tender age of 16. The Long Road Home is a wartime film, telling the story of an escaped British POW as he seeks to escape Mussolini’s Italy and be reunited with his family. The story is based on the experiences of Hasler’s great-grandfather.

We caught up with Elliott ahead of the film’s official release to find out what it’s like to make your silver screen debut before you’ve even had the chance to finish your studies:

The Long Road Home is based on your grandfather’s experiences of the Second World War. What inspired you to tell his story?

I grew up hearing the stories about him. I never met him, unfortunately - he died a year before I was born - so I never got to know him. But I grew up hearing about the different things he got up to during the war, as well as the journey he went on in Italy, so I knew what he got up to and I was always interested and inspired by it.

As I started making films, I just thought that this would make a fantastic story to tell. It made for an episodic journey.

How easy was it for you to piece together his story based on the information you had access to?

Well, I didn’t have that much information to go off initially, so I had to do some research. I used sources, such as ancestry websites, to piece together where exactly he would have been at any given time in the war. Having pieced that aspect of the story together, I then fleshed out the backbone of the plot with the family stories that I already knew.

A feature film is a pretty big project to take on at such a young age. What were the biggest challenges that you faced during filming?

Everything. It was made with barely any money, and there was hardly anyone working on it. It was down to me to get things done, so I’d say that everything was a challenge with regards to getting the story told. I’m grateful to the people who helped out and made the vision come alive. They made the telling of the story so much easier.

You took the interesting step of casting yourself in this film. Why was that?

I acted in it out of necessity; I probably wouldn’t choose to do that again, but I had to for that one.

How long have you wanted to work in film? You directed this project at a really young age.

It started when I was about ten. I did a little school project at my primary school where they made a film version of The Lion, The Witch and The Wardrobe, and that was my first experience making a film. I guess from there, it developed, I got better at it and I continued filming.

You’ve received high praise - Culture Trip described you as the next Steven Spielberg. How do compliments like that make you feel?

Good, I suppose. They all go over my head, as I’m usually so busy making films, meaning I don’t get time to sit down to read reviews and things. But, it’s great to hear stuff like that.

Since you finished The Long Road Home, what other projects have you been involved in?

I’m shooting another film right now called Vindication Swim, which is about the first English woman to swim across the channel in 1927. There’s also been a couple of short films that I’ve done in between. The Tiger was one of them which did pretty well - we got to premier it in the Maldives, which was pretty good. But, Vindication Swim is the only other feature-length project I’ve worked on.

What advice would you give to other young aspiring filmmakers who are starting in a similar situation to yourself?

I would tell them to pick up a camera and go and film something. Film anything, because you’re getting experience that way, which will instantly set you apart from everyone else who says they’re going to make a film and never actually get around to it.

You’re a student at Exeter at the moment. Are you studying Film there?

No, I’m studying History. I guess it kind of ties into this historical movie that I did.

How are you planning on balancing your studies with your directorial career?

I mean, I’ve only got one more year of balancing it; I’ve done it so far, so it should be alright. Filmmaking always takes priority though. Uni is on the backburner, but it has gone fine so far.

Have any of your projects been affected by this year’s pandemic?

For Vindication Swim, we’ve had to stop filming for three months during the lockdown. That was annoying, but in a way it helps; we were in the middle of production and we got three months off, where we sat down and reflected on what we’d done. It gave us a chance to refine the script and work out what we had to do moving forward. So, I think it has actually been beneficial to the project. We’ve had some good new ideas that we can incorporate into the film.

When are you aiming to complete Vindication Swim?

Well, I want to finish it in the summer of 2022. So, Cannes is the objective.

Have you got any final thoughts regarding your next steps?

After that, I’d just have to wait and see I guess. The film is looking really good, and I’m sure it will do well when it comes out. I’ll just see what happens next.

Wondering what film to watch next? The Long Road Home is available for pre-order on DVD via HMV or Amazon. You can book your copy today, using this link.

What’s the best film you’ve ever seen? Join our panel today and let us know your views on all kinds of issues facing students - you’ll get a free £10 Amazon voucher when you sign up!