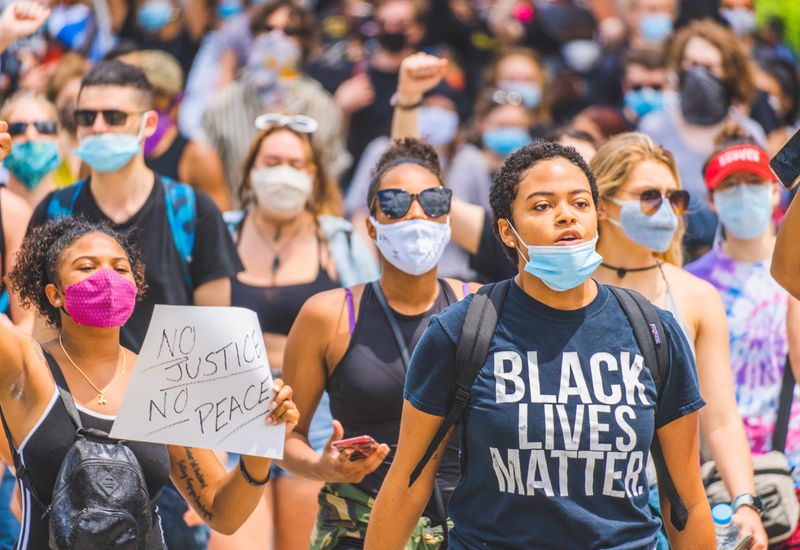 Rather than guessing what Black students are feeling following the recent events in the Black Lives Matter (BLM) movement, we wanted to ask them directly.

What do they want to see from institutions and brands, as they continue to be held accountable for their solidarity and allyship? What do Black students hope for the future and what do they expect for the now?

Opting for the term ‘BAME’, used by many institutions in their communications, had negative connotations. The acronym makes no attempt to distinguish between different ethnicities and suggests that there is white and there is ‘other’.

Students were keen to stress that the issues faced by Asian and other minority ethnic populations differ drastically to those faced by Black people. Therefore, when addressing the nuances of the BLM movement, universities should use the terms ‘Black students/staff’ and not shy away from using #BlackLivesMatter.

“Universities have no excuse not knowing what to say. They all have Black students or staff. Ask them, listen to them. It’s just laziness.”

Our previous research found that six in 10 students don’t feel that their university represents them, and the focus group echoed this same issue. There was a unanimous feeling among the students that there was not enough representation in staff or mentoring positions at their respective universities, which made it hard for them to feel ‘seen’ and valued as Black students.

Do your mentors, counsellors and staff reflect your diverse student population? One student recounted how the one counsellor assigned to Black issues wasn’t even Black themselves.

The students questioned the authenticity of many brands’ posts as they didn’t match up to the practices the brand had been executing behind the scenes.

“You’ll see them hastily post a black square, and then a quick hashtag not to be seen as someone supporting racism.”

Some brands have now started to post seemingly natural content with Black models, however, if you scrolled back, there wouldn’t be any faces of colour on their feed. Similarly, one student recalled how a fashion retailer is now posting “Black models. But only light Black models.”

When companies are pledging millions of pounds and dollars to Black Lives Matter causes, while any donation is welcomed, the students hope to see some of that money reinvested back into the company’s culture to train staff on diversity and inclusion. Throwing money at this won’t end racism. And hypocritical posts on social media won’t either.

The past, present and future talk

We know from previous research that students listen to students. If a peer vouches for a product, service or even a university, it is worth its weight in gold.

“I would have friends or people already there, I’d always ask ‘how is it?’. Especially for a Black person. Especially as a Black woman. And that will literally make or break.”

Hearing from existing students that the university doesn’t appropriately address racial issues is a huge problem that has an undeniable effect on future Black students’ decisions.

“It doesn’t matter if the university is top of the ranks if your university life is going to be hell.”

Listening to your students should always be your starting place. Don’t assume you know what they’re thinking, wanting or needing. Stop the guesswork and start connecting. And then, when you have listened, do something about it. Tackle this issue head-on, and act authentically. We’re at the start of our own journey on this, but if you need any support, get in touch.