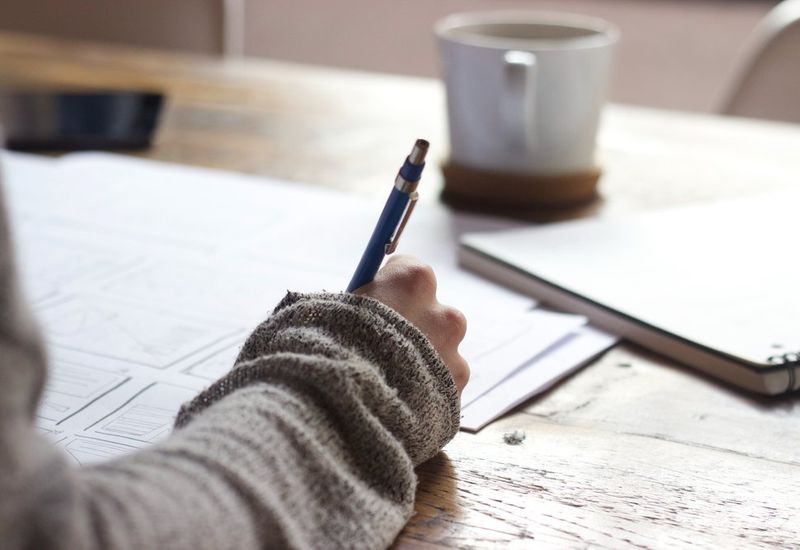 A barrister and a student share their experience of dealing with an unscrupulous essay-writing company.

Essay mills are an increasingly popular way of dealing with mounting deadlines as a student. Many such companies exist, often offering guaranteed, ‘plagiarism-free’ results. Charging fees in exchange for essays and assignments, the industry is a lucrative one; some estimates claim that up to one-in-seven students worldwide have used essay mills for at least one assessment.

Given the shady nature of the industry, however, there are many risks involved with this practice. Daniel Sokol PhD, a university lecturer-turned barrister shares the recent experiences of him and a client below. Hopefully, their story will make others think twice before buying essays from an unverified source:

Like many students, Rosie (not her real name) was studying and working at the same time. With an approaching deadline for an assignment on an unfamiliar subject, Rosie started to struggle:

“The pressure of juggling a full-time job and doing my course got too much for me. This was heightened by the coronavirus and having to work from home where I felt helpless and unable to ask for help”.

She searched online for help and stumbled upon the website of an essay writing company.

Through the online chat, Rosie spoke to a representative:

“They were very reassuring and promised to fulfil my requirements of obtaining the completed work within two weeks. They offered a discount which enticed me into using their service.”

She paid the company £252 for the essay.

Rosie, who had never before used such a service, felt guilt but mostly relief.

The work was delivered on time. However, when she read it, she was appalled by the quality:

“It didn’t follow the assignment brief. It was also obvious the writer wasn’t a native English speaker. In short, it was unusable.”

Rosie sought a refund. After all, the website had an icon on its front page with ‘100% money back’. The company made two further rounds of changes to the essay but the quality remained poor. She insisted on a refund.

“My refund request was passed to their ‘compliance team’ who badgered me via Whatsapp messages and calls to talk through my concerns late at night. I would block their numbers to avoid being woken up.”

The late night calls suggest that the company was based abroad.

One evening, the company informed Rosie that in order to ‘close down’ her account they would need to contact the Dean of her university to confirm she was not using the essay ordered. Rosie was petrified.

The company then offered to close down the account, without contacting her university, for £300.

“I was terrified. I couldn’t believe I was being controlled by an essay mill. I felt physically sick and ended up paying the money. I even kept it secret from my partner as I didn’t want him to think less of me for using an essay mill and putting myself into this situation.”

After she paid the £300, the company’s compliance officer told her that the money had not been received and that another £300 should be paid into a separate account.

At this point, Rosie approached us for help.

“I needed that reassurance that they would not contact my institution. The money didn’t matter anymore. I needed the legal back-up to keep them quiet and ultimately leave me alone. I was worried sick. I was so relieved when I found your blog and website. I couldn’t believe that there was someone who could help.”

As in previous cases, we took over from Rosie in corresponding with the company.

We sent them a formal letter referring to the Consumer Contracts (Information, Cancellation and Additional Charges) Regulations 2013, the Consumer Rights Act 2015, section 21(1) of the Theft Act 1968 (on blackmail), selected content from their website, and their own terms and conditions.

The company left Rosie alone but continued to claim, unconvincingly, that they never received the £300 and so were unable to refund it. We advised Rosie not to pursue the matter further as the chances of recovering the money were slim. There is no point obtaining a county court judgment if it cannot be enforced.

Here are the key lessons from Rosie’s case:

1. If struggling with an assignment, try to get help from someone at your institution. There are nearly always sources of support.

2. If you intend to use an essay mill (which we do not recommend), do not be fooled by lofty promises and discounts. Whatever the claims, there is a good chance the quality of the work will be poor. Spelling and grammatical errors on the website and in communications are a bad sign. Look for independent reviews online.

3. If you do get involved with an essay mill, and they ask for more money, think twice about paying. In Rosie’s case, the ‘closing down’ fee of £300 was nonsense. Such a fee was not mentioned anywhere in the company’s terms and conditions. Yet, paralysed with fear, Rosie still paid it. Do not underestimate the effects of fear on your powers of rational thinking.

4. Watch out for underhand tactics such as requesting a second payment to a different account due to non-receipt of a payment. Consult your bank to check if the first payment has been made. Be streetwise.

5. If the company is putting undue pressure on you or you are feeling blackmailed, do not respond or start confessing all to your institution (they may not be as sympathetic as you hope). If you can afford it, seek legal help immediately. If you can’t, approach your student union.

The final words are Rosie’s:

“I do feel embarrassed by the whole situation but it’s ultimately given me the confidence that I can do the task at hand when I put my mind to it. I’ve since completed the assignment on my own and awaiting the result. I hope others can learn from my experience and avoid such scams.”