The best England kits throughout the years 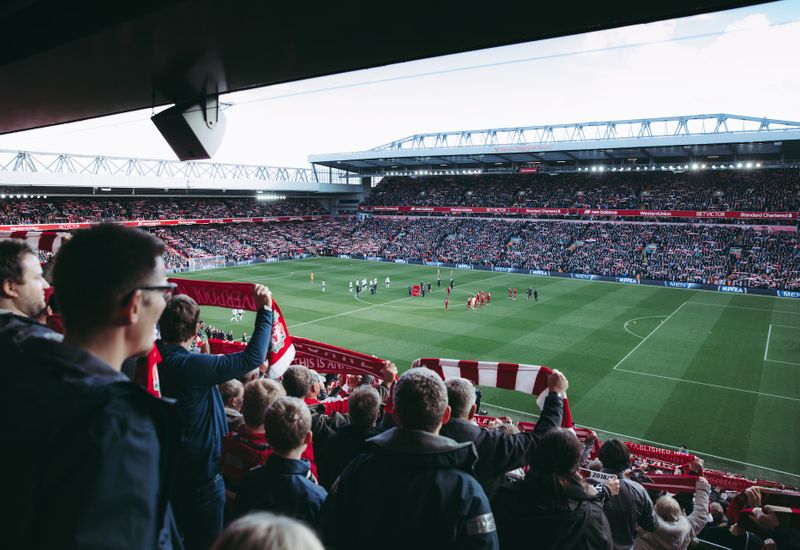 Here we break down England's best football kits of all time.

Over the years we’ve seen both some horrific and terrific England kits, and with the World Cup just around the corner, we thought we’d share our favourite home-grown kits from the past. We thought it was important to consider both the design of the kit as well as the memories associated with it.

One of the most iconic England kits to ever be worn, the only time England has ever won a World Cup, and the shirt that gave birth to England’s tradition of playing in red away kits. The impact that this jersey had on the country is monstrous and even though the design is simple and ordinary, it's only right that we give this kit a place right at the top purely due to the legacy it left.

This kit was years ahead of its time, it was criticised heavily due to it being too modernised but we absolutely love the colours and especially the red print that can be seen on the back for the players' names. It is another iconic kit, but perhaps for the wrong reasons as it is the infamous kit that Gareth Southgate wore when he missed the crucial penalty in the semi-final of the Euros…

This kit is fantastic to look at, the hot red immediately grabs your attention, followed by the retro design with the number placed in the classic central position. What isn’t to love? The kit has also marked David Beckhams redemption following his red card 4 years prior to the 2002 world cup that ultimately led to England's cruel elimination

It's very rare that a country makes both a great home and away kit, but England absolutely nailed it in 1990, perhaps that's why the team had such a great run, making it to the semi-finals. We love the faint zig-zag that runs across the front of the shirt and the collar which is such a defining feature of this vintage era of football.

This Umbro England kit was designed during the transition period for football shirts, which saw a move away from collars and baggy fits, to a more athletic and modernised look. We love the red line that runs down the left side, reminiscent of the English flag.

This England kit represents the modern generation's dream, to witness the England men's team follow in the footsteps of the Lionesses and lift a major international trophy. We came so painfully close in 2020, only to lose right at sudden death through penalties. We love this modern kit, with its slim fit and clean finish, it seemed to represent the 2020 side incredibly well.

This kit makes it into our list for two reasons: the unique collar, unlike any kits we’ve seen England rep before, and the colour coordination involved with the numbers. The berry blue outlined with a lighter blue contrasts the white shirt so well, the reverse of this colour scheme can be seen on the shorts which gives the kit a nice palette of traditional blues. Very En-gur-lish.

This kit may only make the bottom of our list, but it still boasts many cool designs. Whilst the v-shaped collar is questionable, we think the blue, red and white stripes on the shoulder are very vintage and cool, but maybe they could pull the shorts slightly lower!

What are your favourite footie kits through the years? Join our student panel and let us know. You'll get 1000 reward points for signing up.