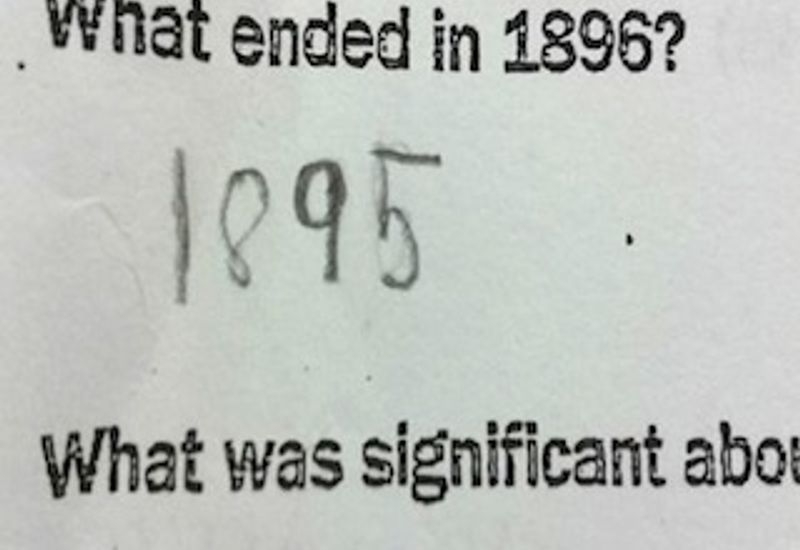 They're funny, cute, and thought-provoking.

We’re in the midst of exam season right now and we’ve all been stumped by a question or two at some point. We’ve all been there in the exam hall, wracking our brains trying to remember what it said on that flippin' dense article you tried cramming in at the last minute. As the swearing in your head starts to resemble a gattling gun, and you hear that frail old examiner utter those immortal words: ‘5 minutes left’, you scribble any old answer down and hope for the best. Here we take a look at some witty exam answers left by kids.

1. Explaining cause and effect 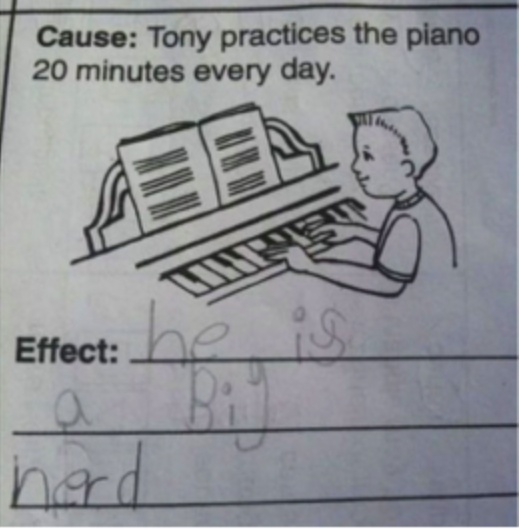 Dedicated? Persistent? Driven? All these adjectives could be applied to Tony, yet I would have to wholeheartedly agree with this blunt answer. Tony is a big nerd and a square for practising every day.

Yeah we’ve all been there. Ready to go on a night out, you’ve done your hair, got a sweet Gio-Goi t-shirt on, and you look the dogs. The last thing left to do is to put your kecks on and go. But your mum forgot to iron those long-johns of yours and suddenly you’re in a massive rage and screaming up the stairs, ‘MUM, YOU HAD ONE JOB.’ What a nightmare. 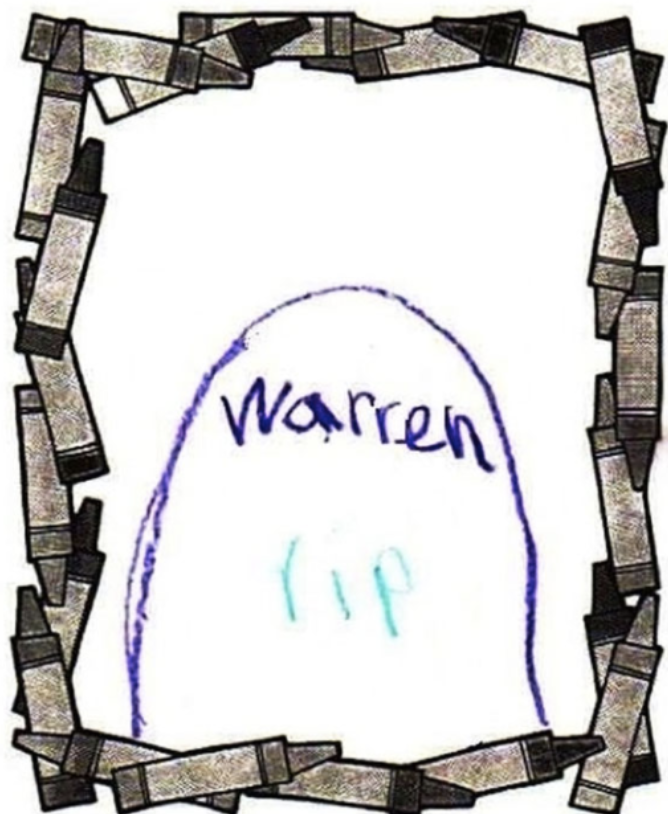 You’ll have to wake up earlier than that to get one past Warren, he knows the harsh reality of life. You could argue it’s a bit morbid, but it’s a silly question anyways.

4. What happens during puberty to a boy?

Is it a statement that could be uttered by a philosophical old man, reflecting on the passing of the years? Or is it the musings of some arty-farty intellectual who enjoys pondering the life stages of man? But no, it’s not. It’s the veiled cynicism of a 9 year old kid. 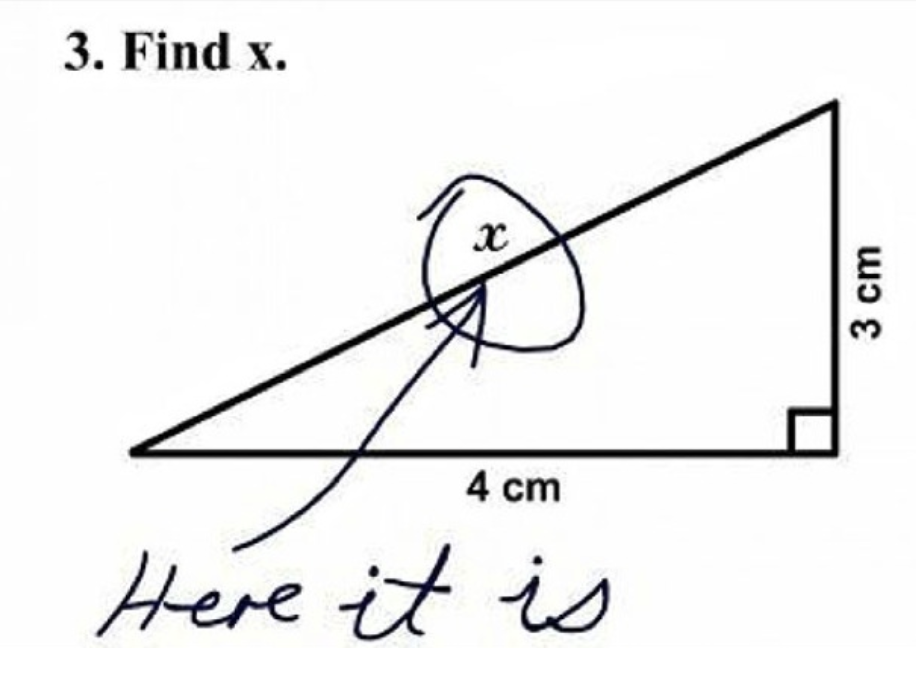 6. Would you want to swim with the boy in this water? 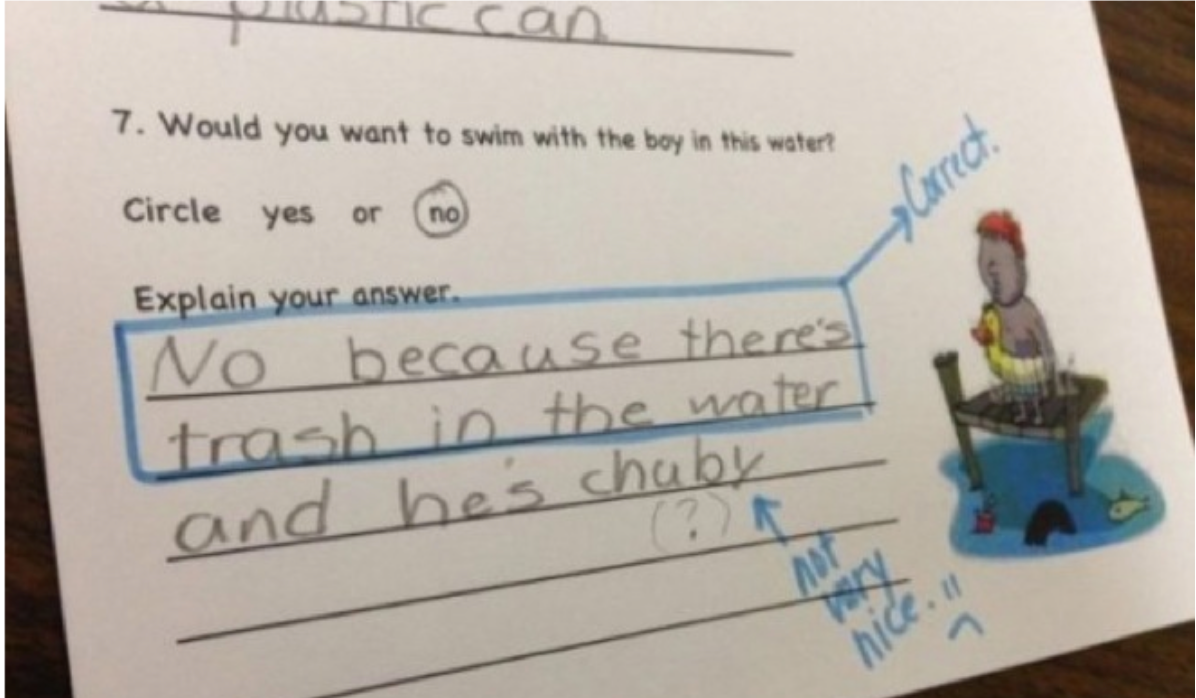 Not only has this kid answered the question, he gave out a good roasting as well. That boy is ‘chuby’ (Ii liked the spelling btw). For all you keyboard warriors out there, this kid doesn’t need no screen to hide behind, he has the cojones to dish out the banter in real life.

7. Find the solution to the problem 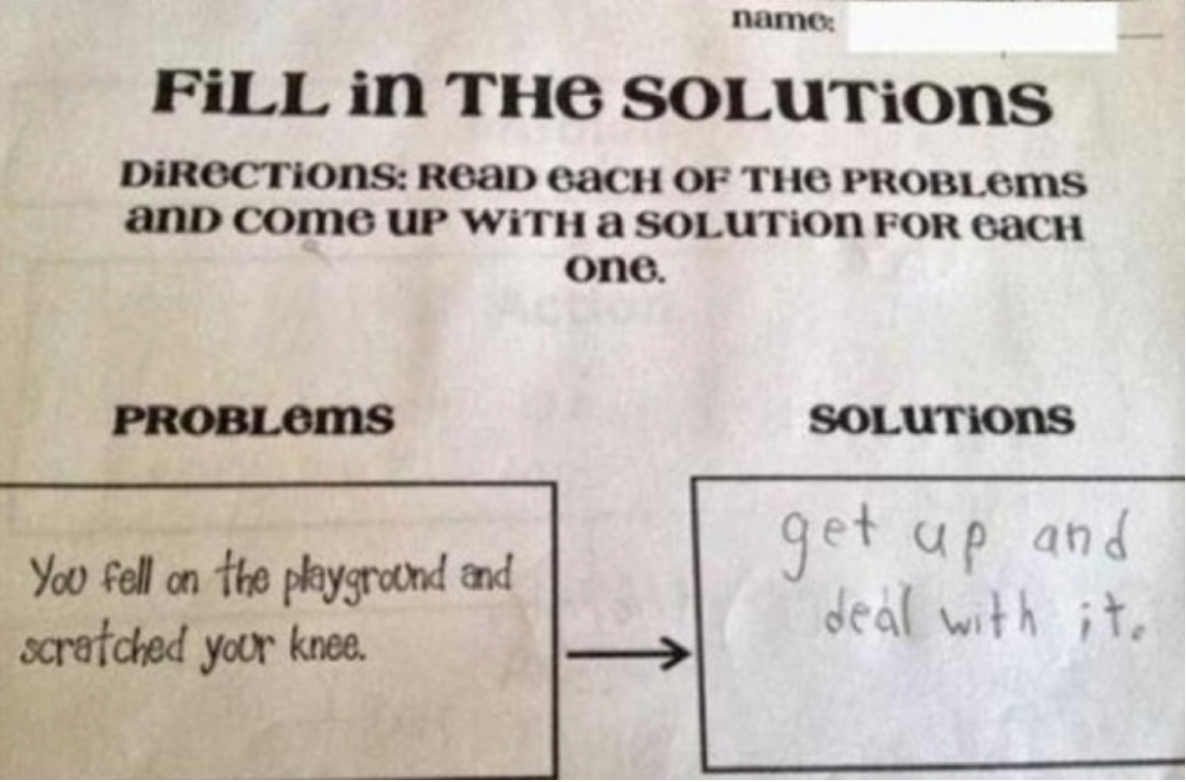 ‘Get the teacher’, ‘get a plaster’, ‘get a friend to help’, were all answers this teacher was probably expecting, and not this blunt response. On a serious note, this is probably the best way to deal with all life’s problems is to just ‘get up and deal with it’. No fuss and no whining, it’s an answer more befitting of someone who seen life’s up and downs. And then there’s us lot who eat just eat tubs and tubs of Ben & Jerry’s and moan about revision.


8. What is your favourite hue? 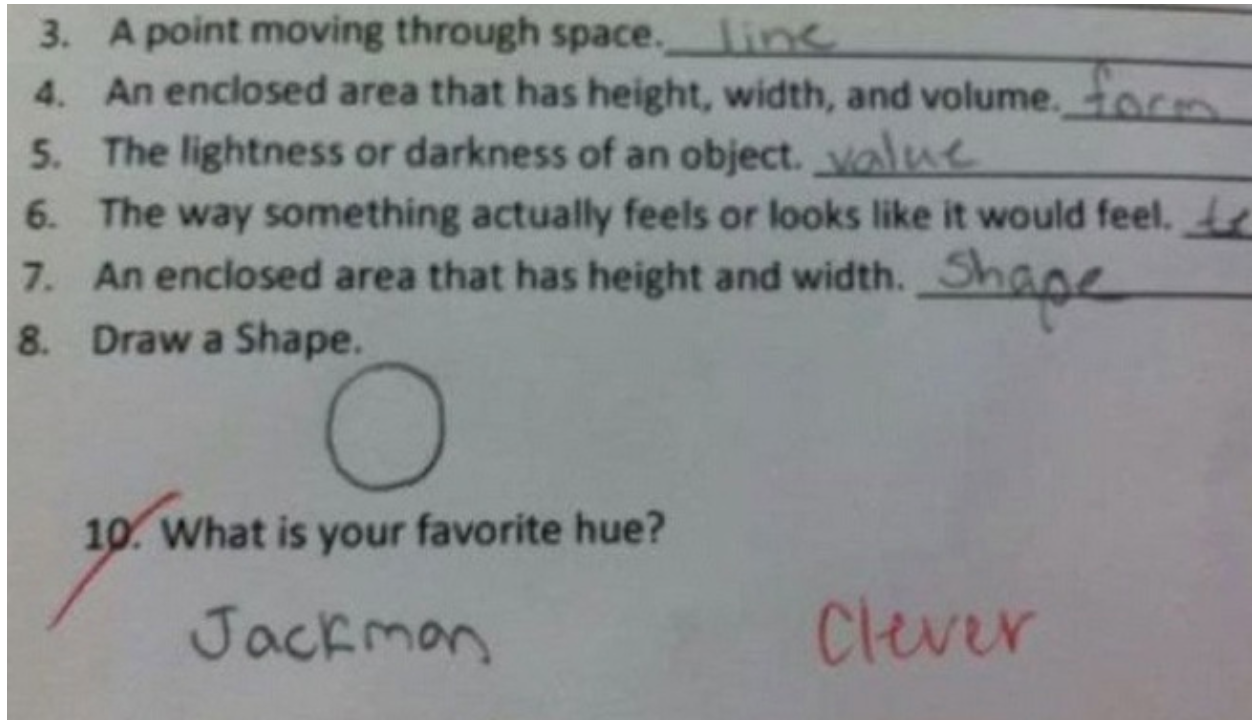