7 Unproblematic Movies You Have to Watch 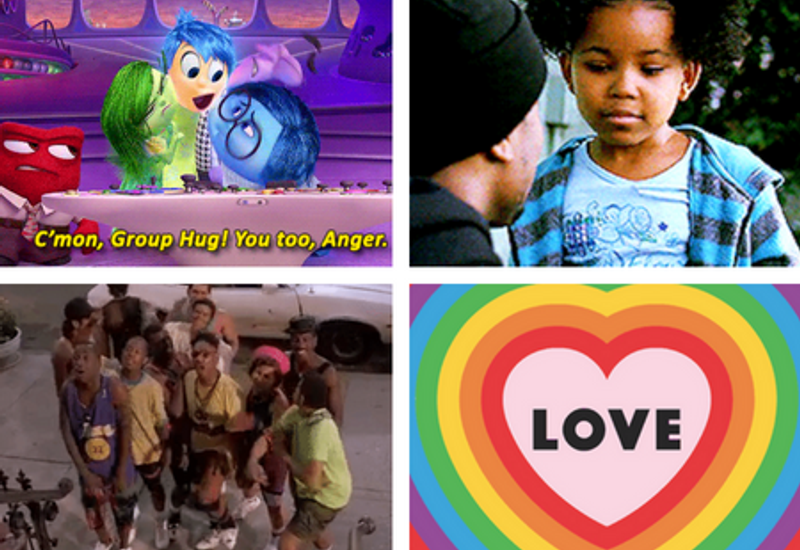 Sit back and enjoy, because these movies won’t make you say “eek!”

You know when you’re watching a movie, relaxing with some popcorn and a fluffy blanket and then suddenly become disturbed by a piece of dialogue or action happening on the screen? Yeah, no one likes that. Even with critically acclaimed movies or fan-favourites, there are often scenes that make you go “wait, what just happened?”. However, there’s no need to swear off all movies forever, they’re not all terrible! Here are some unproblematic movies that won’t make you feel uncomfortable so you can munch on your popcorn in peace.

All-Asian cast, check. Almost all-Asian creative team, check. Set in 19th Century China, this movie combines a meaningful plot, badass martial arts scenes, and solid female characters. While the Netflix sequel didn’t live up to its expectations, the original film remains as one of the best martial arts movies of all time and has been cited as the film that paved the way for Asian actors and actresses to break into the world of Hollywood. 18 years later, Asian representation isn’t where it could be, but with movies like Crazy Rich Asians coming out alongside the rise of K-pop, we’re getting there little by little.

I mean, who doesn’t love this movie? Even though it’s technically “for kids”, the message that Zootopia sends about stereotypes, diversity, and chasing your dreams is one that resonates with everyone. The cast is also phenomenal; Idris Elba and Jenny Slate in the same movie? With the main theme sung by Shakira? Come on. Aside from all that, the visuals of the neighbourhoods in Zootopia are so meticulously planned with a tonne of easter eggs for you to find, so go and get your Judy Hopps on!

Finally, a light-hearted coming of age film for the LGBT community! Not only does the writer of the book it is based on approve of the finished product (which is rarer than you’d think), but it depicts a realistic life of a closeted teenager. The main character, Simon, is not the “Gay Best Friend”, he is the main focus of this story, and he goes through struggles and anxieties just like any other teenager does. Whilst it doesn’t tackle difficult issues, it does provide a positive, accepting, and heart-warming example of life as a gay teen.

A prominent movie in the 90s, this Spike Lee production shows what Brooklyn was like before gentrification took over. Racism, power-struggles, and social injustice are all covered in the film, and it has been deemed “a classic” for a reason. The racial tension between the Italian-Americans and the African-Americans in the neighbourhood are highlighted in this movie, and although this isn’t a light and airy movie, there are comedic scenes throughout, and with the current political climate in America and the UK, it is definitely worth watching (or rewatching).

God, what it is about these Pixar films? Again with a stellar cast (any Leslie Knope fans out there?) and fantastic plot, Inside Out addresses the experience of Riley, an 11-year-old girl’s mixed emotions about starting a new life in a new city. The five main emotions (Joy, Sadness, Anger, Fear, and Disgust) are the centre of the story, and the way Joy attempts to keep all of Riley’s memories happy excellently reflects the way most of us try and keep ourselves happy all the time. As the events of the story unfold, we see what is truly important in life and one particular scene involving a fantastical creature may make you cry. I’m still sceptical about how this was classified as being “for kids”.

Based on a novel by the same name, this movie focuses on the lives of Chinese immigrant women and their daughters living in San Francisco, void of the spelling bee-winning, violin-playing, maths-genius stereotypes that are commonly attached to Asian people. The film has been applauded for having an all-Asian cast (bizarre, but unfortunately a big deal because of the historical whitewashing of Asian characters) and is a great example of where Asian characters are portrayed as more than mere extras or background characters. The ups and downs that both the mothers and the daughters face, as well as the backstories of the mothers’ lives, are heartbreaking and thought-provoking, all the while being relatable to a wide audience. Great for watching (and sobbing) with your mum.

If you, like most of the world, have fallen in love with the Michael B. Jordan/ Ryan Coogler collaboration in Black Panther, this is another film where they have worked together extremely well. Again, this is a heavily emotional film that will probably leave you in a weeping mess, but it is such an important story that deserves to be told. The docu-fictional film centres on the last 24 hours of a young black father’s life in California, and directly hits the audience with the reality of police brutality in America. In a world where people of colour are rarely humanized in media reports, this film provides an angle of a real-life news story that was not given to the public.

Although some of these films might not be pure entertainment, the reality is that a lot of regular comedy films are problematic in one way or another (don’t even get me started on the Hangover franchise). A simple joke that goes over your head could be extremely hurtful for members of the community being joked about, so why not get educated this summer and come back as a person who can be more compassionate towards others?