15 Classic Movies You Have to Watch Before You Die 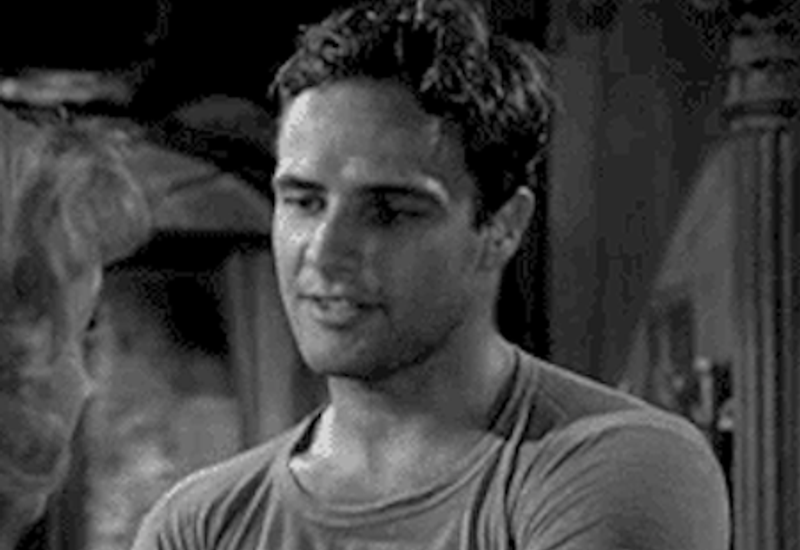 Bored and nothing to do this summer? Here are 15 classics that'll cure your summer boredom.

A classic Stephen King novel about four young boys that go on an adventure to find a dead body - how cheery! In spite of how depressing a premise that sounds, the movie is surprisingly funny as the four boys charm their way into your hearts.

Bueller? Bueller? ‘Ferris Bueller’s Day Off’ is no doubt one of the most iconic teen movies of the 80’s. It’s laugh-out-loud funny, whether its Ferris up to his mischievous antics, or Cameron’s pessimistic view on life. It's one to watch on your next 'sick' day...

John Hughes was definitely the king of teen movies back in the day, with ‘The Breakfast Club’ as the second one to make this list. Five high school kids from completely different backgrounds spend the day together in detention and discover that they have a lot more in common than they thought. It’ll make you laugh throughout and have you in tears by the end. Don’t you forget about this one!

‘The Outsiders’ surrounds the story of two rival gangs and the battle between wealthy and poor. With the rivalry beginning with harmless bickering over wealth and girls but eventually spiralling out of control when someone ends up dead. As the lead boys flee the scene to avoid prosecution the story turns into an entertaining yet tragic tale of redemption and teenage angst. Boasting an all-star Brat Pack cast including the likes of a young Tom Cruise and Patrick Swayze, this movie is sure to bring excitement and maybe even a tear to your eye towards the end.

Everyone knows the iconic ‘Here’s Johnny!’ scene but has everyone seen the movie? This eerie Stephen King novel adaptation under the direction of Stanley Kubrick is creepy from start to finish. If a family staying in a remote hotel in the mountains, over a desolate and snowy winter isn’t scary enough, try adding Jack Nicholson’s creepy performance into the equation.

In Scorsese’s classic, the story follows insomniac Travis who is driven insane by the corruption in his city. When he unexpectedly rescues a prostitute, he becomes a target for the criminal underworld. Lucky for him, they have no idea this taxi driver has weapons training and is a licensed badass. As cool as DeNiro is in this movie, you should hope he doesn’t turn up as your Uber driver. ‘Hey man, can I use the aux?’ ‘You talkin’ to me?!’

This raunchy cult musical is a wild ride from start to finish. From Meatloaf crashing through a wall to the risqué scenes with Dr Frank N. Furter, there’s never a dull moment. The movie is bursting with catchy songs, including the Time Warp, and Tim Curry in fishnets and high heels – what more could you want from a musical? You’ll be shivering with anticipation when you watch this one!

Jack Nicholson plays a criminal who pleads insanity to get out of trouble and once in the mental institution he rallies up the other patients to fight against the oppressive Nurse Ratched. Winning an impressive 5 Oscars (including Best Picture, Actor, Actress and Director) this movie lives up to the critical acclaim with all the rebellious drama that Nicholson’s character creates. You’ll have a tough time getting this movie off your brain after watching it!

The second Kubrick film to make this list, ‘A Clockwork Orange’ is notoriously weird and violent, but ultimately a cult classic. The movie follows Alex and his crew’s horrific rampages of ‘ultra-violence’, his capture and attempted rehabilitation. This movie isn’t for the faint-hearted so strap in for a wild ride through Alex’s mind. Once you get to grips with the language (Nadsat) used by the teenagers in the movie, your eyes will be glued to the screen until the very end.

A thrilling and intense ride, set in World War 2, which documents the planning and attempted mass escape of over 250 prisoners of war from a Nazi organised camp. This one will have you gripped and on the edge of your seats until the credits start rolling.

Whether you watched it in GCSE English or not, ‘To Kill A Mockingbird’ is a literary classic and the film version is just as iconic. Gregory Peck brings lawyer Atticus Finch to life with the wisdom he bestows on his children. From Scout and Jem’s childhood to Tom Robinson’s trial, this is a must-see classic.

We all know the infamous shower death scene with Janet Leigh’s iconic scream and the eerie music score that accompanies it. But how much do you know about Bates Motel and its elusive owner Norman Bates? Under the reign of Alfred Hitchcock, arguably one of the most influential movie directors ever, Psycho is a must-see classic horror. Even though it’s really not scary at all by today’s standards.

‘The Apartment’ is a raucous, easy to watch classic rom-com. The story follows businessman Bud desperate to be noticed for his hard work. Promised good reports, he lets his four managers use his apartment for all of their extramarital affairs. Soon enough, the senior director also wants in and he’s promoted. But the real heart to this story is Bud’s journey in finding the perfect partner just for him. Don’t let the fact that it's in black and white put you off, it just adds to this rom-com’s charm!

Out of the 12 men on a homicide trial, 11 men quickly vote for conviction but Juror #8 persuades all of the men to reconsider. As the movie progresses you get to know each man’s own personal backstory and quickly get filled with anticipation for the result of the trial. For what this film lacks in action it excels in story-telling. You won’t believe how good it is until you watch it for yourself!

Another one that is popular for school reading lists, and the oldest movie on this list, ‘Streetcar’ is a classic for a reason. The story follows lead character Blanche as she moves to Elysian Fields to stay with her sister and brother-in-law and wherever Blanche goes drama is never far behind. Watch for Marlon Brando and his devilish good looks *those muscles, swoon! * and stay for the mystery of Blanche DuBois and her eccentric nature.