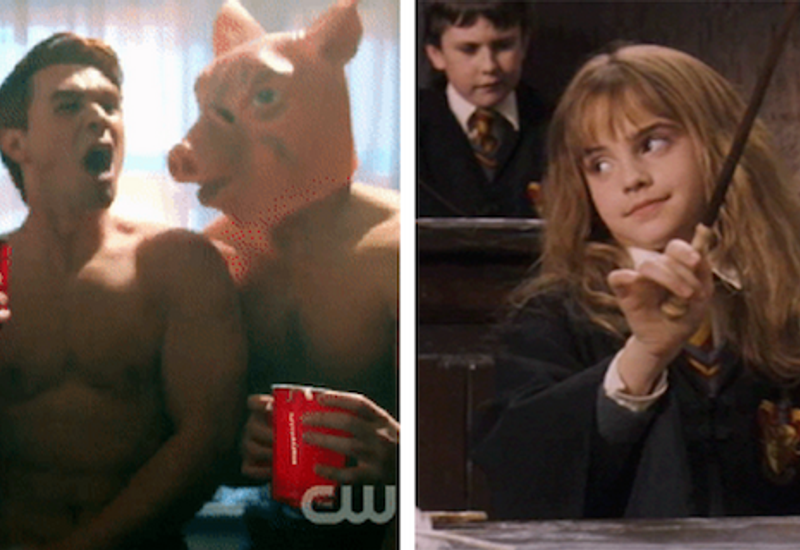 Is America really all spring breaks in Cancun and frat parties?

The “University Experience” is different at every uni, although there’s always that one club that everyone has a love-hate relationship with… (Looking at you, Corp in Sheffield).

But what's it like across the pond? Is it really like what they show in the movies? Are epic raves held every Friday night to Saturday morning?

As someone who has spent some time in both UK and US universities, I can tell you that there are more differences than there are similarities… Here are the main ones:

Ah, the infamous roommate situation. In the UK, the standard is that students get their own room with at least a bed and a desk, maybe even an en-suite, if you’re lucky. Basically, you have some space to yourself. Once the door is shut, it’s your own little world.

This is not the case in the US. Unless you’ve been blessed by the dorm gods, you will most likely have at least one roommate with whom you share the entire room. There are no walls or curtains between your individual “territories”, so if they sing, you hear them. If they go to sleep at 10pm, you’ll probably end up sleeping at 10pm so you won’t disturb them. It can be nice, but god forbid if you don’t get along with them…

Legally Blonde, Neighbours, Scream Queens… Sororities and Fraternities get a pretty bad rap from what we see in movies and TV shows, but honestly, they’re not that bad. Yeah, the whole hazing thing and frequent incidents of racism are more than terrible, but Greek life does indeed gain members connections after graduation, especially if the sorority/ fraternity is accredited. Not all of them are super-exclusive and cliquey.

I guess the UK equivalent is a society? Nowhere near as much of a commitment though.

When I transferred to the University of Sheffield, I learned that a big selling point of the school was its award-winning Student’s Union. It’s a huge deal at most UK unis, and a lot of time, money, and effort is spent on what goes on inside. It’s a great place to hang out and meet people as well!

While there are a lot of buildings in most US unis, there isn’t really an SU. Student Government is a thing, but rarely is there a place made exclusively for them.

4. Meal Plans and the Dining Hall

In many US unis, freshmen are required to purchase a meal plan and the dining hall is a place for people to make friends. They’re pretty pricey, and the food isn’t great in most places, but students aren’t hurled into “adult life” where they have to cook their own meals.

Students in the UK troll for cheap chip shops and free pizza events, Tesco Meal Deals and NUS discounts. Some people like to cook but for the most part… Ramen.

5. Your Course (or lack thereof)

In the UK, the education system makes students decide on a specific degree/ track at the point of their UCAS application. You kind of have to know what you want to do before you apply to uni, and once accepted, you get attached to your own department and coursemates. It’s definitely the best way to make close friends, in my opinion.

In America, you don’t necessarily have to do that. A lot of students go in “undeclared”, and unless you’re aiming for a longer education track like Medicine, Law, or Engineering, your major doesn’t have to be decided until your Sophomore (2nd) year. If the school also has a “core curriculum”, you might have to take some classes that you have no interest in just to graduate…

Is there anything more British than Spoons? It’s reasonable, comfortable, and students are above the legal drinking age. Cheap wines and spirits are available everywhere, and whether you prefer to drink at home with friends or out amongst strangers, you can unwind after a long (2 lecture) day with a glass of whatever you like.

In America, it’s a bit different… Since the legal drinking age is 21, technically only Seniors (4th years) can drink. That doesn’t stop students from getting alcohol though. Fake IDs are rampant in literally every city, and the bars that don’t “card” (check ID) are super crowded with those who can’t afford an ID or don’t want to risk getting caught. There’s a reason why house parties where there are no bouncers get a little wild…

Now, as an international student, I don’t get this, but domestic students in the UK receive a loan from the government that covers living costs. I don’t think people realise this, but this is lucky af. Yeah, you have to pay it back in the future and that sucks, but at least there’s barely any interest and its wiped off after 30 years… So when it comes in you’re like…

For a few seconds, at least…

In America, there isn’t really an equivalent to this. You can file the FAFSA and cross your fingers to get some financial aid or work your ass off to get an academic scholarship, but loans come with a lot of interest and unless you’re going to a state uni that is in your home state, it’s gonna be expensive.

At uni in the US, it’s always safer to call your teachers “Professor”, unless they give you permission to call them by another name. Some of them even get offended when you don’t call them “Dr” or use the right title when referencing them in a paper…

Uni lecturers in the UK are often much more chilled about the title thing, especially if your degree is in social sciences or the arts. They’re just Bill, Lisa, and Tony. There are always some exceptions, but you probably won’t get scolded for addressing them with the wrong title.

In my experience, going to uni in the UK allows more time for a part-time job. International students are allowed through their visas to work for up to 20 hours a week on or off-campus, and depending on your degree, you’ll have free time (or even days) to make money whilst being a student.

In the US, working a part-time job during uni is more difficult. International students are not allowed to legally work off-campus, and on-campus jobs are limited and quite competitive. Most students have at least one class per day, and I feel that there are more weekly assignments and readings to do for the classes as well.

First? 2:2? What? When I first arrived at my current UK uni, I was really confused by the grading system. First of all, how is 40% a pass? Where did the ABC grading thing go? In the UK, getting over a 70 is a great thing. You’ve succeeded! Plus your first-year grades don’t matter! Honestly, coming from Asia, this can only be described as one thing: insane. Doesn’t make exams any less daunting though…

Uni life is different all over the world, but there’s one thing they all have in common:

You’ll miss it when it’s gone.